//
you're reading...
Other, Random Thoughts on Random Things

Just when I thought I was out of the zombie apocalypse, they pulled me back in!

Greetings, pandemic survivors! For those of you sheltering in place, self-quarantining, or otherwise distancing yourself from physical human contact, now is the time to embrace your inner couch potato, whether you’ve been laid off or are fortunate enough to work from home. Cinephilia is a useful passion during times like these, so for those of you with a still working Internet connection and $10-15 to spend on a month’s subscription to a given streaming platform, what follows is an extensive watch-list to kill time while we wait out the novel coronavirus. This list contains everything from feature films to documentary series to still unfolding (re: unfinished) long-format television series. I otherwise refrain from commentary, let alone formal reviews of individual seasons or episodes of television, preferring instead to evaluate projects as completed, standalone bodies of work. Desperate times call for desperate measures, however, and this watch-list is not so much a collection of mini-reviews or a preview of reviews to come, but rather a casual update on stuff I’ve watched (or rewatched) recently as I’ve spent more and more time indoors.

So, stay calm and enjoy cinema — among other things — as best you can. It’s not like the world is ending, or anything. 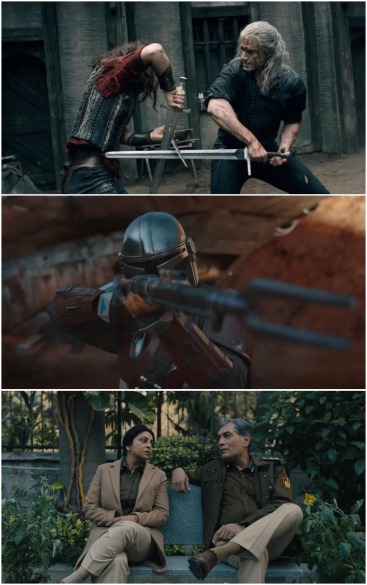 Documentary Series: Last Chance U (2017-2020; four seasons at 6-8 episodes, and counting) and Basketball or Nothing (2019; one season @ 6 episodes) = I have already written an essay describing these two series in detail, but in short, if you’re interested in the power of cinema to portray athletics and elaborate upon the biographies of athletes therein, Last Chance U and Basketball or Nothing are both great art and entertainment.

Videogames = DOOM: Eternal (2020). Released last week amidst the earlier waves of the COVID-19 crisis, this latest installment in the venerable DOOM (1994-2020) series is, of course, no movie, but is perhaps as effective a remedy for cabin fever as any cinematic project listed above. Fast, violent, and bloodthirsty, Eternal is the most fun I’ve had with a first-person shooter in years.

I love movies, music, video games, and big, scary creatures.
View all posts by The Celtic Predator »
« Why do I like Ultraviolent Action Scenes & Super Fancy Musical Numbers?
‘Burn Out’ (2017): A Motor Vehicle Crime Drama »