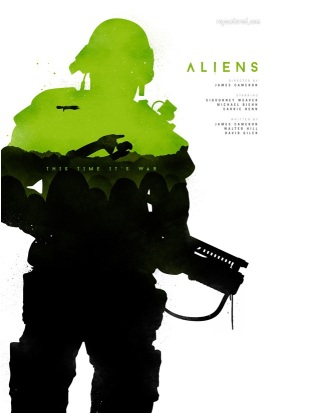 While James Cameron’s space marine-epic is best known for melding guns-blazing action with science fiction-mythology, I maintain that this film is, at its core, an action film — and there are few, if any, better action films out there. From the immaculate tension and atmosphere before each action sequence to some of the best narrative pacing in the business, from one of the best supporting casts in cinematic history to the marvelous Stan Winston special FX that still hold up to this day, Aliens gets most everything right. More than anything, though, its core appeal is its ability to blend likable, heartfelt characters with carefully crafted, well-paced action scenes.

Both key aspects of the film are departures from the franchise’s previous installment, Ridley Scott’s original Alien from 1979. Cameron made the smart and uncommon decision to stick to his strengths and take the fledgling Alien franchise in a new direction. Cameron’s at his best when he’s shooting no-holds-barred action and visceral, violent set-pieces. This can be seen in his best movies, including Aliens, the Terminator series (1984, 1991), and True Lies (1994). The point I am trying to make here is that Cameron’s choice to drastically expand upon, elaborate on, and alter the tone of the original Alien by understanding and playing to what he does best as a filmmaker… that is what made Aliens a success. Far too many sequels focus on the close-minded idea of repeating what came before. Cameron took the universe established by Ridley Scott and added his own unique flavor. In that way, Cameron made the Alien universe his own as well. 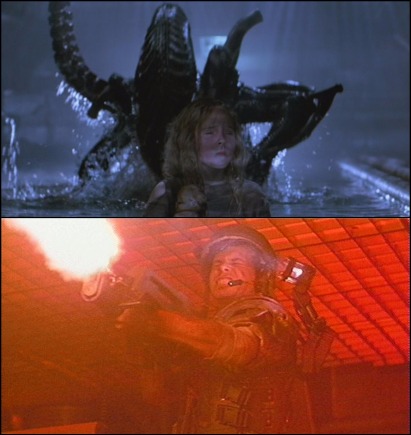 Top: One-time actress Carrie Henn faces the clutches of the alien. Bottom: The most tenacious action scene in a movie teeming with excellent action sequences features Hudson’s (Paxton) pulse-pounding final stand. He may be a magnificent whiner, but he goes down like a man…

Aliens‘ action sequences are a blend of found-footage elements and well edited, low-key lit shootouts. Much of the film’s first act is devoid of alien encounters, and the audience’s first introduction to the titular antagonists is several points-of-view removed from the action. Inspired by infamous news coverage and documentary analyses of the Vietnam War, James Cameron stages the aliens’ opening clash with our space-marines through POV helmet-cams, and we witness these scenes second-hand via Sigourney Weaver, Paul Reiser, and William Hope as they watch the carnage, helpless. Later action sequences feature elaborate shootouts in a variety of lighting setups and fast-paced editing, both of which enhance the intensity of each set-piece, all while keeping each character and maneuever in frame and in focus. Aliens‘ use of lighting, editing, and framing is some of the best I’ve ever seen in an action movie, and these impeccable cinematographic elements extend to the dialogue-driven character scenes.

More generally, Cameron and cinematographer Adrian Biddle (the latter’s first stint as director of photography) employ various abbreviated, motion-controlled long-takes with subtle yet effective editing from prolific film editor Ray Lovejoy to streamline dialogue scenes, build suspense before action sequences, and enhance chaotic intensity of the violence, while maintaining clarity of the characters within those set-pieces. Biddles’ smooth, almost nondescript tracking shots transition from singles to profile shots to ensemble stagings and back again with impressive fluidity, keeping the utilitarian dialogue snappy and likely saved much time on set. These techniques allow for great character interactions and actor freedom of movement, and subtle camera pans on medium length lenses make the most of these scenes’ limited, homogeneous geography. For most action sequences, the editing and camera movements grow shorter and faster, though Cameron rarely switches to free-form (i.e. non-camera stabilized) handheld for tracking shots, sticking with quick dollies or SteadiCams.

These set-pieces are often preceded by a sort of “crescendo to silence” whereby background music and Foley sound FX peak before a major event or alien attack, and are then undercut by dead silence, such as in the buildup to the first alien hive shootout, Ripley’s elevator descent into the nuclear reactor near the end of the film, and the final power-loader fight against the alien queen. In laymen’s terms, this sound editing could be described as the opposite of a jump-scare against a loud musical cue. This also emphasizes actors’ emotional reactions and amusing one-liners.

Speaking of which, the casting directors hit a home-run with their talent-selection, and Cameron demonstrates his utter command of acting-direction. I could go on for days about the effectiveness of the cast, how the expansive supporting cast is as effective as each starring member, how every line of dialogue is either haunting, funny, introspective, or critical to characterization. Sigourney Weaver’s most memorable costar is Michael Biehn, who plays the reluctant leader of our platoon of marines and also functions as the masculine voice of reason. Throughout the film, he is blocked as Weaver’s partner, both in terms of defensive teamwork against the alien threat as well as romantic tension. Their relationship is a brilliant example of building characterizations through framing, especially when Carrie Henn (starring in one of the greatest child roles of all time) is introduced. Showcasing some hilarious dialogue, great acting, and having all the best lines, is Bill Paxton, who serves as much needed comic relief amidst the grim action and elevates whining to a near art form. Jenette Goldstein and Lance Henrikson play a ferocious, tough-as-nails tomboy and a calculating android, receptively, rounding out a stellar supporting ensemble.

That is why Aliens is my favorite movie of all time. It may not be the best I’ve ever seen — I never said it was — but it connects with me more than any other film ever has. Plus, It’s damned fun. I do believe it is one of Hollywood’s greatest. 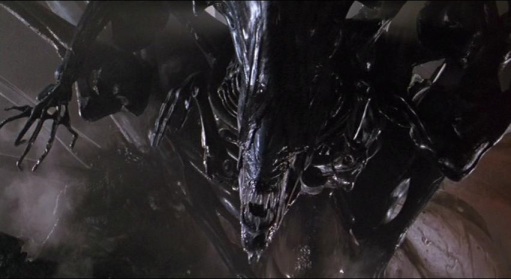 Look at the great script that features near perfect pacing and builds toward a roller-coaster action-experience. Look at the intelligent dialogue and characters from James Cameron (and some terrific ad lib from the actors!) that make the story feel authentic and have meaning to it. Look at the magnificent special FX from Hollywood legend, Stan Winston, which put so many movies before and after it to shame, enhanced by painstaking cinematography and crisp, yet chaotic editing. Experience the powerful, intense nature of Aliens, with a supporting cast for the ages. Aliens is so damned good, it rightly belongs among the upper echelon of science-fiction films like 2001: A Space Odyssey (1968), Blade Runner (1982), Star Wars (1977), and Star Trek (1966-1969, 1987-1994), as well as action-legends like Die Hard (1988), The Matrix (1999), Hard Boiled (1992), and The Raid (2011). This is James Cameron’s definitive masterpiece.

SUMMARY & RECOMMENDATION: Aliens features one of the most memorable supporting casts ever put to film, led by Sigourney Weaver’s magnum opus performance. The only things better than its great cast’s chemistry are Cameron’s action-direction, ferocious special FX courtesy of Stan Winston, and impeccable editing that heightens the intensity of each conversation and extraterrestrial encounter. Aliens also boasts thematic depth and continuity in its imagery and characterizations.

— However… despite its influence and ambition, the miniatures, robotics, and puppeteer effects of the Power Loader-Queen fight in the film’s climax lack polish. This is one false-ending that could’ve gone.

? We’re on an express elevator to hell, going down!

I love movies, music, video games, and big, scary creatures.
View all posts by The Celtic Predator »
‘The Lord of the Rings’ (2001-2003): A Benchmark for Longwinded Fantasy-Adaptations on Film »