The first essay I ever wrote on this blog, even before my homepage, was A Long, Long-winded Treatise on Pop Music and Film Culture, or, A Critical Analysis and Discussion of Modern Entertainment Industries. It was a very, very, very, very long-winded musing (or rather a series of musings later coalesced into a single hodgepodge of angry banter) that was aimed primarily at the dumb, greedy side of the global movie business. Specifically, I was taking aim at the dimwitted, popcorn-eating masses of film goers (aka general audiences) and the greedy, money-obsessed major studio executives of the filmmaking industry. That treatise will forever be the longest page or post I will write for this blog or any blog, including this one, because the issue of greed among film studios and laziness, apathy, and ignorance among film-goers remain the biggest issues that have ever affected filmmaking. Ever since the birth of cinema, the balancing act between art and commerce has been the single largest and most controversial driving factor of the development of the medium.

I still hold that belief, but I am writing this post today partially as a reaction to that post, because there is a complete opposite side of the same coin. My first treatise on Express Elevator to Hell examined the issue of filmmaking greed and ignorance, but now I turn my attention to the problem of filmmaking snobbery and prejudice. I have already hinted and partially ranted at this issue in the past with my scathing review of The Lunchbox (2013) and other overrated arthouse dramas, as well as my analysis of the rise and subsequent sellout of the American independent film movement, but now it is time to put all those cards on the table and formally charge the elitist view that harms cinema.

While film elitism and snobbery is without a doubt less harmful in actuality than movie-studio greed or general audience stupidity, it is only less harmful in practice because it is less pervasive. In theory, the condescending behavior and pretentious attitudes of the arthouse crowd, The Academy of Motion Picture Arts and Sciences, and hipster-smartasses in general is just as harmful as the popcorn-eating dimwitted masses; it’s only outmatched by the latter simply because the number of dumb, ignorant people is way bigger than the overeducated, snobbish, elite trust-fund kids and their overpaid families; smart, educated art-school kids will never outnumber the uneducated general public, though the former can often act just as foolish as the latter, but in different ways.

Given the fact that cinematic snobbery occurs among the elite and more “artistically inclined,” it is arguably just as offensive and unforgivable as the airheads who pack theatres to see Jack and Jill (2011) or Transformers: Age of Extinction (2014). It’s hard to be too angry at the dimwitted masses for being dumb (it’s not that hard, actually… ) because they don’t know any better; I’m a bit of a huge snob myself and only a passionate lover and supporter of good cinema because my own family was educated, my parents had a wide taste in cinema, and I was blessed with the opportunity and monetary funds to pursue films with friends outside the Hollywood mainstream. Most people aren’t as lucky as me; I’m no “smarter” than any of the dimwitted, popcorn-eating masses — I’m just luckier and far more entitled.

Critical Hype and Oscar Gold ≠ Legacy: Alien (1979), widely regarded as one of the finest horror and science-fiction films ever made, received mixed reviews upon release and was nominated for Oscars in Art Direction and Visual Effects, winning only the latter.

But just what do I mean by “cinematic snobbery?” The answer to that is in the title: “Genre film” is film, and the term “art-cinema” is redundant!

There is a long-running trend in the cinephile, film critic, and (to a lesser extent) the film academic communities that needs to be tarred and feathered; the snobbish belief that mainstream films made in Hollywood, genre films, or any type of non-arthouse drama, non-Oscar bait films are somehow inferior, lesser cinema is a commonly held fallacy that needs to be called out for what it is — complete prejudice.

Don’t get me wrong, I’m more than aware that many action-oriented blockbusters are brain-dead, and many European New Wave dramas by the likes of Jean-Luc Goddard or Ingmar Bergman or Federico Fellini have been recognized as revolutionary film classics. That being said, whether these trends in quality among genres are real or simply perceived, exceptions or the rule, as true lovers of cinema we cannot let our preconceptions and personal preferences cloud our evaluation of artistic merit. That has been a running theme throughout this entire blog — perhaps the theme of EETH! I argue that, in a perfect world, we should bring as little personal or cultural prejudices to film-viewing as possible.

One of the most crucial things I learned in my limited exposure to film academia is that cinema must be judged on its own terms, not ours. We can’t approach a comedy with the same scrutiny as a dark, seedy crime drama, nor condemn a hardcore, R-rated action film simply for showing blood and gore and many extreme acts of violence, nor even a pornographic film for being too steamy or theatrical. By the same logic, we cannot automatically assume that, simply because a film is running the arthouse circuit, or debuted at Cannes, or got selected by the Academy of Motion Picture Arts and Sciences for a prestigious award, or is an independently produced drama about dysfunctional families or oppressed sidestream demographics, a film will be good or “more artistic.” Simply because a film is packed with dialogue rather than fight scenes or special effects does not make it inherently better or more cinematic.

I would argue the opposite! If anything, if we are to walk into movie theatres accepting any sort of presumed, predetermined mindset, it should be the opposite of the hipster/arthouse crowd logic. You can point your finger at dumb-as-rocks action-schlock Transformers (2007, 2009, 2011, 2014) all you want, but simple genre preconceptions and formula imply that action films are inherently more cinematic, not less, than typical “dramatic” cinema. Cinema is about imagery, movement, and motion. They’re called motion pictures, not talking pictures!

Viewing action films, or genre films in general, as inherently inferior to dialogue-heavy, slow-moving dramas makes no sense. If I want to absorb endless lines of dialogue or paragraphs of dramatic monologue, I’ll read a fucking novel. I watch movies to see things move. That’s why people have always watched movies since the creation of cinema. A slow-moving drama that paints great imagery and uses quiet motion artistically and admirably is one thing, but a nearly three-hour soap-opera meandering around an uninteresting, dull brat experiencing puberty is not my idea of powerful cinema, nor is a watching a bored businessman and a whining housewife exchange lunch pail-letters terribly exciting to me, and those things shouldn’t be appealing to anybody.

Excitement is not a dirty cinematic word. Nor are moving bodies, intensity, and grit.

I understand many people don’t appreciate or are tired of melodrama, but I’ll take melodrama over really bad, corny acting and flat scenes, which is what dramatic cinema and Oscar nominees are full of! Again, there are many exceptions, but they are exceptions to a boring rule and fighting against an inherently less cinematic premise.

Look, not everyone loves something like, say, Sylvester Stallone’s Rambo (2008). I understand why it’s not many people’s cup of tea, but not being partial to cinematic movement, grit, and ultraviolence, and not appreciating them are two very different things. The same goes for pretty much every other good action film, sci-fi flick, or genre film dismissed as “dumb action” or “popcorn movies.” At least when I watch people shoot one another, or punch one another, or watch a gorgeous science-fiction/fantasy landscape unfolding in front of me, I am absorbing cinema. I am absorbing motion-pictures and appreciating something that is visually interesting.

In something like The Lunchbox, we have nothing. Or, almost nothing.  And moreover, even in good or great dramas like Cool Hand Luke (1967) or Citizen Kane (1944) for fuck’s sake, things move so slow and deliberate and take forever. Now I appreciate patient cinematic storytelling, and I’ll be the first to admit CK’s an outstanding film, but is it really fair to consider one’s apprehension to CK more “offensive” or socially backward than another person’s apprehension to a great action film like Predator (1987) or The Raid (2011)? Are they both not based on personal preferences, and don’t all those movies embrace the visual strength of cinema? 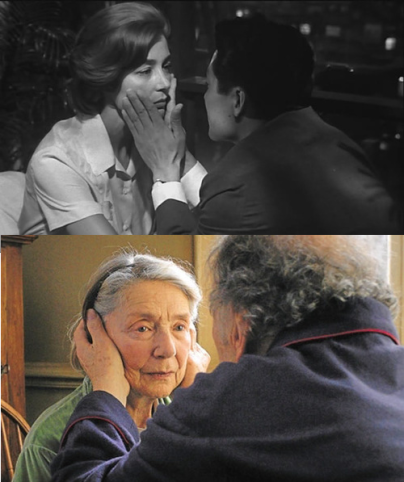 Films do not have to be dumb and emotionally soulless to be entertaining, nor do films have to be boring, dry, and mind-numbingly depressing to be intelligent or “artistic.” Film is film, art is as art does, and artistic film is good cinematic art while bad film is pop culture garbage. A good film is simply a good film, and therefore it is art, while a bad film is simply bad cinema and thus it is not art. Do you get it? A film’s stylistic execution defines it’s intrinsic artistic value, not its premise or story formula (or absence thereof) or any of its genre preconceptions. Cinema is simply great, poor, or something in between. All other extraneous details about a piece of cinema are just that —- extraneous —- at least they are when contemplating that piece’s objective worth as cinema.

Put another way, filmic snobbery with regards to certain types of film or “genre” film versus “drama” film is simply a form of cinematic prejudice. That is what any kind of snobbery or unwarranted condescension is, is it not? Any and all correlations between a certain genre’s lack of historic artistic achievement are not due to the inherent failings of that type of storytelling, but rather due to people’s inability to believe in it and take it seriously.

Remember my musings on the superhero subgenre in my multi-part analysis of the Marvel Cinematic Universe? In the second to last section I noted how a big problem with Marvel and DC films (or films based on any well known graphic novel material for that matter) is that no one bothers to take them seriously or ever compares them to films outside their source material. The same logic largely applies to movies deemed “genre films” or “dumb, mainstream Hollywood blockbusters” or “popcorn flicks” in general. With a few extremely rare exceptions, most films that contain any kind of action, excitement, or mainstream appeal are consistently considered a lower rung of cinema, as if they are the uneducated, moneygrubbing peasants of film art and “true cinema” is of a higher class, caste, and breed.

I beg to differ. What a bunch of entitled, pretentious bullshit.

14 thoughts on “Cinematic Snobbery: “Genre Film” is Film, and “Art Cinema” is Redundant”