No regional or national film industry rivals the Indian filmmaking community with regards to the contemporary live-action film musical. While stage plays, operas, and live musicals continue to thrive on Broadway in the United States and elsewhere, the world of song-and-dance on film has long been the domain of South Asia, however many lackluster Oscar-bait attempts are made in the English-speaking world (e.g. Moulin Rouge [2001], Chicago [2002]). The latest adaptation of Les Misérables (2012) may scratch an itch for some, but I find that operatic style of continuous, nonstop, “sung-through” dialogue grating on film. Even attempts at old-school Hollywood musicals I respect, such as Damien Chazelle’s La La Land (2016), I find more memorable for their non-musical cinematography, as their bland, generic musical components fall flat.

While I commend director of photography, Alice Brooks, for shooting on location, most of the film doesn’t take advantage of its iconography either in terms of song-and-dance choreography or general visual style.

Enter Jon M. Chu, a long established American cinematic musical and concert film director who cut his teeth on mainstream projects like the Step Up sequels (2008, 2010), various Justin Bieber concert documentaries (2011, 2013), and Jem and the Holograms (2015), all of which but the latter turned significant profit despite poor critical reviews. The lone feature of his I’ve seen in its entirety is — surprise, surprise — his one action film, the forgettable G. I. Joe: Retaliation (2013), as the marketing and clips of all his other films failed to hook me. Several years ago, however, Chu’s career took a dramatic shot upward with the acclaimed and lucrative Crazy Rich Asians (2018), the first major Hollywood studio film to feature a majority East Asian cast in the 21st century, which sent hordes of film critics, most of whom skew politically leftward I wager, into personal and professional frenzies.

In the Heights, Chu’s latest movie and an adaptation of the successful 2008 Broadway musical of the same name, is also the latest mainstream vehicle for the songwriting of popular actor, musician, and playwright, Lin-Manuel Miranda. Miranda achieved true stardom with his work on Hamilton: An American Musical (2015), which popularized his now recognizable style of live hip hop infused with various Latin music influences, a style he first defined with the stage version of In the Heights. Both what I’ve seen of Chu’s previous work and this feature here, accentuated by Miranda’s talky, lyrically complicated song-and-dance, exemplify the cinematic impotence and colorful filler of most modern Western film musicals. Unlike even your average Bollywood melodrama or over-the-top South Indian musical production, which paces diverse, variable dance numbers like the action set-pieces of a genre thriller, In the Heights throws song number after song number at the viewer in seemingly random order and rhythm. This haphazard, lackadaisical narrative structure slows the story’s pace and makes the musical feel even longer than its already bloated 143-minute running time. Much like Tom Hooper’s aforementioned Les Misérables, the movie’s ubiquitous dialogue, delivered via near continuous rap verses and flowery song lyrics, feels clunky and abrasive on screen and isn’t helped by Chu’s modest camerawork and plain, unimaginative blocking.

Speaking of the story of In the Heights, this mostly sung-through narrative doesn’t have a traditional three-act structure, instead painting a broad ensemble portrait of a Latin Caribbean community in Washington Heights, Manhattan. There’s no driving motivation of any character beyond vague personal insecurities, nor any sense of narrative momentum propelling the characters from one location to the next. The film is just a collection of scenes, most of them musical while others based on traditional dialogue, of characters explaining their communal or ethnic backstory in gratuitous detail, over and over again. Whether protagonist Anthony Ramos discusses the revival of his family’s beachside business in the Dominican Republic, or female lead Leslie Grace complains about the numerous microaggressions she endured at an elite, West Coast private university, or the insufferable Daphne Rubin-Vega prances about in preparation for her nail salon’s move from the Manhattan Heights to Brooklyn, all these character details feel the same, much like how the music, lyrics, and dancing look and sound the same. Repetition feels like the defining word of this feature, “quantity over quality” its catchphrase.

Some exceptions to this film’s repetitive, milquetoast melodrama and boring visuals include the “96 Thousand” song number, which still has insufferable lyrics and “cutesy” humor, but features fun choreography around an outdoor pool, including brief underwater camerawork; furthermore, the song, “When the Sun Goes Down,” where Grace and costar Corey Hawkins dance on the outside walls of their apartment, represents the film’s lone notable foray into cinematic fantasy and special FX. Other strengths include the cast’s vocals (everyone can sing, if not act), as well as a handful of music-free dramatic sequences (e.g. a dinner hosted by Jimmy Smits) where a few castmembers are allowed to emote. 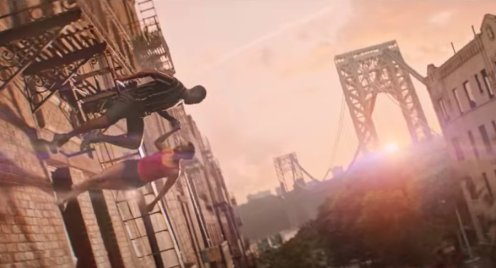 “When the Sun Goes Down” is the film’s lone song number to take full advantage of its medium’s special FX and cinematography.

To summarize, Jon M. Chu’s In the Heights is an amalgamation of mostly random, mostly forgettable ramblings of one-dimensional characters set to monotonous, repetitive music, itself an amalgamation of Latin Jazz and endless, flowery hip hop verses. Chu’s direction does little to elevate this bland theatrical material, which feels ripped from the stage of Broadway and forced onto the silver screen as evidenced by its awkward dialogue, clunky musical transitions, and mediocre cinematography. Put another way, if you think the likes of this or Les Misérables (2012), Mama Mia! (2008), Hairspray (2007), Chicago (2002), or Moulin Rouge (2001) are examples of great film musicals, but haven’t seen many or any Indian ones, contemporary or otherwise, I would consider your standards for cinematic song-and-dance fundamentally and artificially limited.

SUMMARY & RECOMMENDATION: With too many repetitive songs, too many repetitive, uninteresting characters, too much vapid, empty dialogue, and too long of a run-time, In the Heights is forced to rest on its niche cultural laurels and baked-in appeal to the speech and drama crowd. Director Jon M. Chu shows little cinematographic creativity in his translation of Lin-Manuel Miranda’s popular stage play to film with basic camerawork, blocking, and choreography; this is filmmaking, not Broadway.

— However… a couple musical numbers stand apart from the rest given their settings and a couple characters get chances to act when they finally stop singing.

—> NOT RECOMMENDED. In the Heights further demonstrates just how far behind English-language musicals on film have fallen relative to their South Asian counterparts, a trend that does not appear ready to reverse.

? I haven’t seen this much obnoxious, indulgent snark in a movie since Dope (2015).