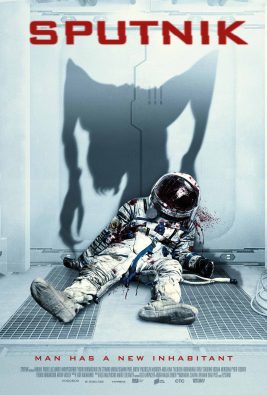 I have remarked before how unforgiving most cinephiles, both professional film critics and amateur film enthusiasts, are when judging genre films that imitate groundbreaking movies released before them. 2000s action movies (e.g. Equilibrium [2002]) are dismissed out of hand for their obvious relation to The Matrix (1999), despite the latter’s own unabashed connections to Hong Kong action cinema (e.g. John Woo’s The Killer [1989], Hard-Boiled [1992], etc.) from decades’ past. Alien (1979) inspired numerous science-fiction horror titles about various extraterrestrial or otherworldly antagonists (e.g. Event Horizon [1997], Pitch Black [2000], Pandorum [2009], Life [2017], etc.), most of which were set in space or space-like (e.g. Underwater [2020]) environments and all of which were criticized for daring to follow the good ideas popularized by Ridley Scott. While countless dramatic Oscar-bait and interchangeable, longwinded biopics can peacefully coexist, the only high-concept genre knockoffs allowed seem to be those descended from Star Wars (1977, 1980, 1983; see Guardians of the Galaxy [2014, 2017]). I’m sure the first action movie to feature dinosaurs that isn’t part of the Jurassic Park (1993) franchise will get shredded.

The special FX of Sputnik’s alien are fantastic, holding up under all lighting schemes and day or nighttime settings.

Following in the steps of Alien before it is Sputnik, the directorial debut of one Egor Abramenko. Though the majority of its story does not take place in space or anywhere far isolated from civilization, the film’s dour tone, sci-fi horror genre, high-brow introspection of its main characters, and its violent, extraterrestrial antagonist in particular harken to the original “slasher-in-space.” Its deserved critical acclaim caught my eye given its obvious similarities to Scott’s film and the snobbish trends in popular cinephilia I noted above, but its characters’ somber contemplation of their moral fiber and self-worth are perhaps Sputnik’s most distinct aftertaste.

In terms of cinematography, director of photography Maxim Zhukov adopts grim, low-key lighting and morose earth tones throughout the entire film, from its memorable prologue in space to the heavily guarded Soviet base of operations that serves as the principal setting for the narrative. Tracking movements are slow, deliberate, and ominous, which emphasize the movie’s foreboding tone and compliments the impressive special FX of the alien monster. The Soviet military base feels like a prison given its monolithic set-design against Zhukov’s patient camera movements, appropriate for the story’s focus on extraterrestrial parasitism and the physical punishment of its castmembers.

Sputnik’s narrative is synchronous with its visual mood and ominous cinematography. Following a simple, effective prologue in which an astronaut (Pyotr Fyodorov) is attacked by a cryptic enemy while orbiting earth, the audience is led through the plot alongside protagonist Oksana Akinshina, who plays a physician hired to analyze Fyodorov’s mysterious ailments in the aforementioned Soviet research facility. Plot and character details unfold at a leisurely pace, almost to the point where several scenes could’ve been cut, yet the story never bores nor talks down to its audience. Exposition is minimal, while narrative revelations rely on visual storytelling instead of tedious dialogue. By the final act, you feel a strong connection to leads Akinshina and Fyodorov and their convincing relationship, which is emotional without being romantic. Notable actor, director, and producer, Fyodor Bondarchuk, on the other hand, emerges as a memorable, realistic villain born of the Soviet Union’s military industrial complex, and feels as threatening as the movie’s alien antagonist.

Speaking of that alien, Sputnik’s creature-design is intelligent and its visual FX, powerful. The creature’s appearance and personality are dynamic, feeling sympathetic and even cute in certain sequences while monstrous and vile in others. Considerable screentime and dialogue are dedicated to explaining the creature’s physiology in realistic ways, which adds to the “hard sci-fi” tone of the film and internalizes the personalities of Akinshina and her supporting cast. I credit both director Abramenko and the screenwriters for this portrayal of an alien beast that is greater than yet another slasher-in-space, as an extraterrestrial with depth and actual characterization that retains a violent edge.

Sputnik’s direction is so creative and its screenplay, so conservative, that there’s little to complain about regarding either its visual style or character arcs. My biggest criticism may be the weak, almost contrived justification for Akinshina’s protagonist being recruited by the Soviet military to analyze Fyodorov in the first place. Her character specializes in neither parasitology, wildlife biology, astronomy, nor pathology, so her neurophysiologist character’s “highly sought after” presence in this particular story about an alien symbiote puzzles me. 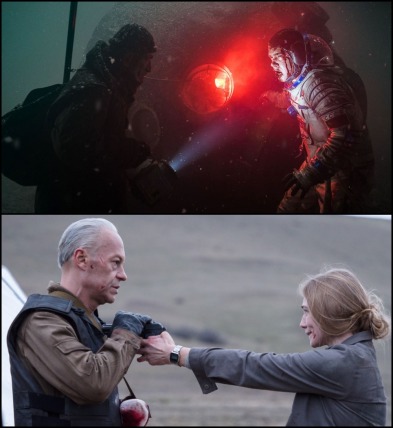 Still, Sputnik remains a powerful science-fiction horror film and proud descendant of genre-hybrid classics. It may be my favorite Russian film to date (I’ve seen Battleship Potemkin [1926] enough times, thank you), as it contemplates both universal human conditions and sociopolitical phenomena unique to the Russian state without being either preachy or nationalistic. Strong characters, a simple yet effective story, and terrific direction from rookie filmmaker Ego Abramenko make Sputnik one of the strongest non-streaming exclusives released in the past several years.

SUMMARY & RECOMMENDATION: Sputnik is one of a handful out of dozens of Alien-inspired sci-fi horror features to not be ignored or lambasted by the greater filmmaking community, which speaks to how strong of a film it is, top to bottom. Its dour cinematography, melancholic narrative, and violent human and alien villains synergize to produce a potent genre film greater than the sum of its parts. Lovers of hard sci-fi and creature-features should have a feast.

— However… Sputnik feels long despite clocking at less than two hours in length, while protagonist Oksana Akinshina fails to justify her character’s initial presence in this story.

? If the alien can unfold from less than a foot to five feet long, why not make the creature a foot taller to make it that much more intimidating? The creature seems plenty flexible enough to contort itself into all sorts of bizarre shapes and conformations…