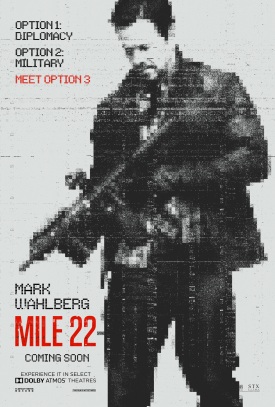 It’s no secret on this website that I’m a huge fan of violent action movies where people get shot in the face. I’ve noted to peers and family members that the world would be a better place if more movies, especially mainstream, wide-release movies with people getting shot in the face, were produced and supported by the general populace. That’s not the world we live in, however, even with the de-tabooing of blood squibs, gore, and adult-oriented action sequences in Hollywood blockbusters thanks to Deadpool (2016). “Action-packed,” yet not too action-packed features, including the likes of graphic novel adaptations and Mission Impossible (2011, 2015, 2018) movies, will always receive the benefit of the doubt from both executives and soccer moms; that’s because they appeal to much wider audiences than hyper-violent spectacles where filmmakers depict gunshot wounds as bloody and painful. You can’t take your family to The Raid (2011), even if it’s way more entertaining than something like Thor: Ragnorak (2017). 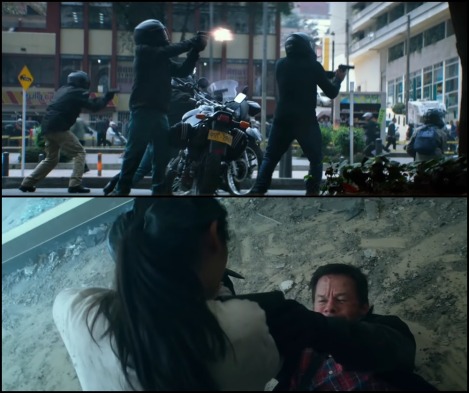 That being said, with the recent success of Deadpool and Logan (2017), two quasi-mainstream comic book adaptations that eschew family-friendly set-pieces to achieve tonal integrity, there’s been a noticeable return of the mid-budgeted Hollywood action film. See the box office successes of John Wick 2 (2017) or Atomic Blonde (2017) or The Equalizer 2 (2018), and maybe this year’s latest Peter Berg-Mark Wahlberg collaboration, Mile 22.

Financial success correlates only mildly with cinematic merit, however, and just because Western film studios have regrown some of their balls doesn’t necessarily mean they’re producing Kill Bill (2003-2004) or Rambo (2008) on a regular basis. Case in point is Mile 22, which features the plentiful blood squibs and entertaining finishing moves I love — including numerous characters getting shot in the face — but like countless American action movies before it, obscures them with incoherent handheld camerawork and rapid-fire editing.

Regardless of Mile 22’s questionable merit or its shredding by professional critics, the film notarizes Indonesian action star Iko Uwais’ ascension into mainstream filmmaking. He and Welsh writer-editor-director Gareth Evans revolutionized modern action movies through The Raid and Berandal (2014), but I feared Uwais himself would be confined to genre cinephile trivia despite being one of the best athlete-actors since Bruce Lee. Uwais’ skills as both an action star and choreographer have now cross-pollinated multiple film cultures, and his work here is the best part of Mile 22. I only wish they let me him speak in his native Bahasa Indonesia language instead of his barely intelligible English…

As stated above, though, much of his work is undermined by confusing editing and Berg’s baffling decision to shoot everything without a SteadiCam or similar motion-controlled technology. Mile 22’s simple, straightforward plot involves an American black operations team escorting an Indonesian double agent (Uwais) from a US embassy to a military transport while avoiding a series of Indonesian kill squads. It’s an effective enough plot for the film’s mayhem, and unfolds almost like a cinema verite documentary of urban terrorism. During sequences of exposition, this handheld style and quick edits keep the pace snappy and avoid unnecessary character developments or cliched Hollywood schmaltz. During the action set-pieces, on the other hand, the otherwise delicious violence is hindered by this caffeinated cinematography.

Much of the time, I can’t tell if Berg’s director of photography, Jacques Jouffret, is purposefully shaking his handheld or he’s just not used to covering action this frenetic. Uwais’ close-quarters-combat (CQC) scenes are well choreographed and brutal when you can tell what’s happening, while those of, say, Lauren Cohan, are not; Wahlberg’s shootouts are good enough when Berg allows enough coverage so we can understand the geography of a given scene. Everything outside the action choreography and stunts are effective, from the location-photography to the sound editing to the gore FX to the overall pacing, but again and again one finds themselves frustrated by the near ubiquitous shaky cam and overedited violence.

Iko Uwais makes short work of some hostiles in the film’s third act.

Mile 22’s commitment to hardcore violence and a stripped down plot is commendable, but its execution is heavily flawed. The problems with this film are not Wahlberg’s snarky diatribes nor the film’s stereotypical villains (I would argue both act in the movie’s favor), but its puzzling reliance on lazy action cinematography that both industry veterans and casual action fans have long criticized as ineffective for the genre. No one to this day has been able to enhance action with rapid-fire editing and shaky cam techniques besides Paul Greengrass, and no one should keep trying. Again, I am thankful for Berg and Wahlberg’s commitment to hardcore, violent action scenes and blood squibs galore, but Mile 22 could’ve been so much more than just another mediocre off-brand action flick had the filmmakers allowed us to see what the fuck was going on. Oh well. At least Iko Uwais is still working, and at least multiple people get shot in the face.

SUMMARY & RECOMMENDATION: Mile 22 is everything I want in an action film in theory, sporting gallons of blood, gore FX, violent choreography, diverse action sequences, and an intense, simple, well paced plot. It saddens me that Mile 22 also contains most everything I hate in modern action films in practice, including poor editing, bad handheld camerawork, and wasted CQC choreography. You can’t always get what you want.

? Motherfucking Russians… again with the Russians.