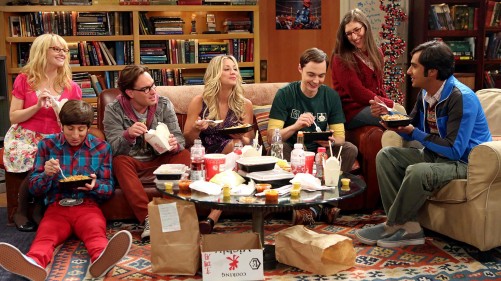 The Big Bang Theory is one of the most popular television sitcoms of the late 2000s and 2010s. Like similar modern shows such as How I Met Your Mother (2005-2014) and Modern Family (2009-2020), it represents a shift in mainstream television portrayals of modern America, including its emphasis on pop culture references, scientific research, higher education, and social media-oriented, urban lifestyles. The Big Bang Theory feels like a relic of a bygone era in other ways, however, with respect to its technical execution, style of humor, and controversial depiction of cultural stereotypes. Its rapid spike in popularity following its debut season may be attributed to its traditionalist niche (niche is the wrong word, but allow me to explain…) among the rise of epic, long-form storytelling on channels like HBO, Starz, AMC, and streaming services such as Netflix.

Regardless of whether one classifies The Big Bang Theory (henceforth, BBT) as more classical or innovative, the show’s cultural impact is perhaps most interesting for the mixed reception its subject-matter has garnered, namely its depiction of nerd, geek, or comic book-fan stereotypes. Any popular or mainstream property invites contrarian backlash sooner or later, but is the controversy over BBT’s portrayal of “nerd culture” warranted, and if so, does it stretch in a meaningful way beyond contrarianism?

I am no die-hard fan of the series — I am not sure if I would define myself as a “fan” in general — but am no critic of the show either, and for good reason. I believe most, if not all of this quasi-nerd backlash against the show is both contrarian and unwarranted, albeit more complicated than mindless criticism. I would categorize comic book, science-fiction, and fantasy lovers’ critiques of BBT in the same fashion as those who complain about the social or political content of various high-profile movies. In other words, nerd criticisms of BBT’s characters, jokes, and title are not so much about execution of formula but the formulaic representation — or rather, alleged misrepresentation — of a given demographic: theirs.

To say I believe comic, sci-fi, and fantasy nerd backlash against their portrayal in BBT is unwarranted is not to say I think BBT’s portrayal of their subculture is accurate, or even unoffensive; rather, like allegory-loving sociology majors masquerading as film critics who become way too invested in whether corporate blockbusters portray the “right” demographic representation, or social justice warriors who are way too eager to tango with creepy alt-right trolls… nerds criticizing BBT miss the point of the show, and here’s why:

I. The Power of Sitcom Formula

Much of sitcom formula is built around cost-effective production methods and habitual, episodic narrative formats that stand the tests of time and repetitiveness. In other words, there is a reason why the familiar studio setup of BBT and so many other shows has survived for decades. Contemporary shows like The Office (2005-2013), Modern Family, or Parks and Recreation (2009-2015) experiment with a wider variety of cinematographic techniques, including handheld cameras, Steadicams, fourth-wall breaks, and overall more Cinema Verite aesthetics; others, like BBT and How I Met Your Mother, retain an old-school, multi-camera format with ensemble stagings against wide lenses. On the one hand, the latter feels more quaint, bland, and less visually interesting, but on the other, it is far less distracting than the rapid-fire edits, incoherent zooms, and veritable shaky-cam effects of Modern Family, not to mention it stages situational comedy better. One of the greatest attributes of BBT’s throwback style is how it allows its cast room to breath and hit their marks; I would argue it encourages greater improvisation and dry one-liners than a documentarian approach, and is therefore more reliable in a short, 22-minute episodic structure.

Note this is the opposite approach to what I would typically recommend for a feature-length comedy. Put another way, narrative formats and time restrictions influence cinematographic styles, and vice versa. The context matters.

It is this context that invites stock characters, if not outright stereotypes (The Simpsons [1989-] arguably perfected this within the more dynamic confines of animation), including the entertaining banter that ensues therein. Others have correctly pointed out how generic BBT is and how replaceable its outer nerd-subculture coating is, to which I would add that generic structure is largely the point. While various characters in various shows throughout the ages have been explored to varying degrees, few successful sitcoms have consistently deepened their characters beyond one or two-dimensional stereotypes. Comparisons in feature films are few and far between, but include the masculine fantasies of the James Bond (1962-) and Indian Jones (1981, 1984, 1989) movies. In each case, be it sitcom television or the silver screen, the formula is the star, not the in-depth world-building or even the main characters. Critics deriding BBT for its formulaic, surface-level analysis of geekdom are superficially correct in doing so but philosophically misdirected. Nerd culture is not the point of BBT — traditional sitcom formula is.

To be sure, BBT is a speech-and-drama club member’s interpretation of what the average person thinks a comic nerd, Star Trek nerd, Lord of the Rings nerd, research scientist, or more accurately, all the above rolled into one, would be. That’s part of the surface-level charm, in my opinion, and it is this combination of broad clichés, genre tropes, and fanboy parody that provides endless comedy fodder. In addition to the satirical banter between principle nerds Leonard, Sheldon, Howard, and Raj, you have cultural clash between them and Penny, as well as standard romantic-comedy between the aforementioned and Bernadette and Amy.

Some of the most underrated comedy of the show stems from classical opposite-character clashes, most notably via Cuoco (left) and Parsons (right).

This is in addition to creative set-pieces like musical sequences, rewarding character and romance arcs, and celebrity cameos that actually lead to greater comedy. Simply put, BBT is as reliant on cookie-cutter sitcom formula as The Marvel Cinematic Universe (2008-2019) is on cookie-cutter blockbuster formula, but is just as, if not more effective at executing that formula.

Last but not least, are the personal reasons for my affection, if not outright fandom of this series. The biggest draw of this show to yours truly is its rendition, however sloppy and goofy it may be, of graduate students and scientific research in American higher education. I often lament small town America’s underrepresentation in film and television (see, I can whine about demography and representation in cinema, too!), particularly outside of Deep South caricatures; with that in mind, one also rarely sees depictions of scientists, accurate or not, outside of the classic poindexter with giant classes and a comical white lab coat; I also cannot remember seeing notable graduate student characters in any medium.

BBT embraces stereotypes of all sorts, needless to say, but the fact it depicts graduate level research or university research faculty in any capacity is shocking. You can whine about how most Star Trek nerds have nothing in common with Star Wars audiences, who in turn have little in common with comic book fans, who also tend to not be die-hard fantasy geeks, all of which are unreliable indicators for a successful career in science; but that being said, I’m amused by any sort of portrayal of graduate research in any mainstream property.

The Big Bang Theory is no revolutionary television sitcom, and it’s not meant to be. I understand pop culture nerds’ knee-jerk criticisms of the series, but based on my analysis of both the show and their grievances, I believe the negative reaction to the show is just that — knee-jerk, involuntary.

It’s not terribly fair, either. The Big Bang Theory is no more a willing or accurate portrayal of “nerd culture” than The Simpsons is a realistic portrayal of American culture in general. This show, like most sitcoms ever made, plays on goofy clichés of various subcultures and pop culture references, and unlike most sitcoms, executes those stereotypical parodies with impressive precision. A biting research scientist gimmick here or a graduate school reference there adds sugar on top for me. As far as 22-minute speech-and-drama routines on basic cable go, you could do much, much, much worse than the awkward, so-called “losers” of The Big Bang Theory.

I love movies, music, video games, and big, scary creatures.
View all posts by The Celtic Predator »
« ‘The Last Jedi’ (2017): A Disturbance in the Force
‘Ingrid Goes West’ (2017): Why Be Yourself When You Can Be Other People? »