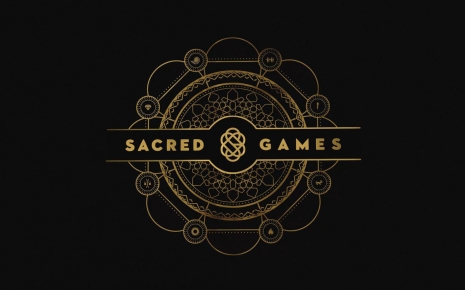 What kind of story do you get when you combine crime drama, apocalyptic mysticism, a sociopolitical treatise of an entire city, and multiple character studies? In the same vein, what sort of audiovisual style is borne from the mixing of neo-noir lighting and tone, cinema verite aesthetics, and big-budget camerawork? When you combine all the above? Apparently, you produce one of the best pieces of filmmaking, long-format television or otherwise, from South Asia in modern popular culture, namely Vikramaditya Motwane and Anurag Kashyap’s Sacred Games.

Adapted from the epic (~928 pages long) 2006 novel of the same name by Vikram Chandra, this Mumbai crime saga is Netflix’s first Indian Original series and helped establish the streaming platform with a wide South Asian audience, after which projects ranging from Delhi Crime (2019) to Betaal (2020) to a variety of standalone features were greenlit. The series is concocted from a variety of ingredients, as noted above, recalling the visual styles and tonal aftertastes of numerous crime dramas and procedural thrillers with different genre twists, such as True Detective (2014, 2015, 2019) and The X-Files (1993-2002). Much like the later Columbian crime drama hybrid, Frontera Verde (2019), however, Sacred Games is furthermore defined by its principle setting and cultural history, namely that of Bombay/Mumbai from the 1980s-2010s. More grounded, realistic (i.e. non-musical melodrama) works of mainstream Hindi cinema, like Satya (1998; co-written by Kashyap), Udta Punjab (2016; co-produced by Kashyap and Motwane), and Gangs of Wasseypur (2012; directed, co-produced, and co-written by Kashyap), percolate throughout Sacred Games‘ narrative and visual aesthetic. That being said, what differentiates Sacred Games the most from those projects is its large, almost blockbuster like scale and those aforementioned genre twists.

Left: Kalki Koechlin (left), Nawazuddin Siddiqui (center), and Pankaj Tripathi (right) plan terrible things in a mysterious ashram lead by the latter during the backstory of Sacred Games. Right: Siddiqui, long after he tires of the ashram’s apocalyptic vision and manipulative mumbo-jumbo, takes his first of many steps to undo their plans as he executes Surveen Chawla (right).

Sacred Games, in its most basic summary, is a big-budget detective story about various local law enforcement and federal spy agencies deducing and then attempting to foil a terrorist plot in Mumbai. The majority of its storyline follows Saif Ali Khan, a downtrodden, divorced Sikh Mumbai policeman who receives a tip from a cryptic, notorious gangster (Nawazuddin Siddiqui) that a disaster will strike the city within 25 days. Assuming the crime lord’s warnings are either lies or delusions, Khan deduces Siddiqui’s location and leads his superiors to him, only for Siddiqui to reiterate his warning before shooting himself (that’s the premise, not a spoiler). The rest of the show alternates between Siddiqui’s backstory until that event, including his connection with Khan in particular, and Khan’s gradual realization that Siddiqui’s apocalyptic warnings were genuine.

Showrunner Vikramaditya Motwane wisely split directing duties of these two storylines between himself (the main plot) and Kashyap (Siddiqui’s origin), instead of directing the entire thing himself or hiring different directors for each episode. While there’s plenty of tonal overlap between these parallel narratives, Motwane (later Neeraj Ghaywan for Season 2) develops the present day storyline, spearheaded by the relatable Khan, as a seedy, neo-noir crime thriller that gradually evolves into Zero Dark Thirty (2012)-levels of government intrigue and national crisis. Kashyap, on the other hand, directs the period evolution of Siddiqui’s costar from 1980s Bombay to contemporary Mumbai — “how Bombay became Mumbai,” in other words — similar to his 2012 film, Gangs of Wasseypur. The show’s period drama plotline details not only Siddiqui as a sort of violent yet tragic ancestral spirit of Bombay, but also the horrifying conspiracy responsible for the enigmatic threat to Mumbai, and is therefore far less consistent than Khan’s modern day narrative. Much of the backstory is well shot and memorable, though, dominated by a plethora of montage sequences, stylized violence set to pulsating music, and diverse black humor.

However, Anurag’s command of this backstory devolves into repetitive exposition and complicated globetrotting in the show’s second season (episodes 9-16), which detracts from the main plotline’s focus on the city of Mumbai until that creepy terrorist conspiracy solidifies toward the series’ end. Motwane and Ghaywan’s primary storyline, on the other hand, led by Khan and costars Radhika Apte, Neeraj Kabi, Aamir Bashir, and others, has a far better pace and sense of urgency given its ticking clock element. The present day cast also has a greater range of personalities and character archetypes, not to mention an unfolding mystery that puts multiple characters in tense situations from which they must escape. To that end, the neo-noir lighting of contemporary Mumbai and the morose yet sympathetic performance of Khan lend more emotion and pathos than Siddiqui’s violent escapes throughout the 1980s, 1990s, and 2000s, despite the colorful historical background of the latter. 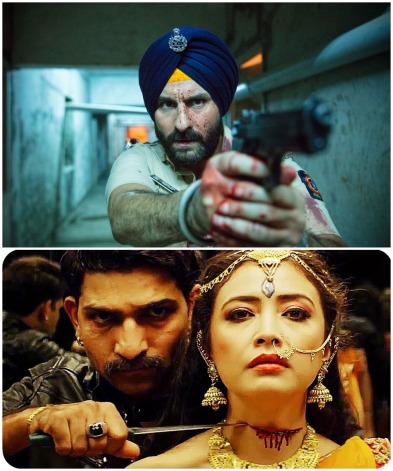 Sacred Games has a few other, minor weaknesses, like the contrived deaths of several important characters, but these and the aforementioned shortcomings of the show’s secondary plot fade as the story builds to what may be the most effective cliffhanger finale in recent memory. The downtrodden path of Khan’s Mumbai cop, a classical noir archetype in many ways, and the brutal career of Siddiqui’s gangster overlord, coalesce into a philosophical battle with the series’ villains (a creepy Pankaj Tripathi as a seductive, extremist guru and an understated Ranvir Shorey as the leader of a Pakistani terrorist cell) for the fate and soul of Mumbai. Despite the journey’s inconsistencies, Sacred Games ends on a powerful, if ambiguous note.

To date, this is the strongest Indian Netflix Original production I’ve watched, though Delhi Crime (2019) and Bulbbul (2020) are close behind. The series allots too much time to an overextended backstory, in my assessment, but together its dual, parallel narrative tracks synergize more often than not. Its potent combination of crime drama, military disaster, and suspenseful thriller formula succeed at telling the best cinematic “story of a city” since The Wire (2002-2008) described Baltimore over a decade ago.

SUMMARY & RECOMMENDATION: If Betaal (2020) is the weakest of the Netflix Originals from India, Sacred Games is without a doubt the strongest. A powerful cast, a dynamic directorial style, and a successful adaptation of great source material make Vikramaditya Motwane and Anurag Kashyap’s streaming debut one of the most unique and recommendable projects on the platform. It’s just too strong in too many areas to not appeal to most audiences.

— However… a couple notable character deaths make little sense other than to sloppily cover plot holes or to generate shock value. Kashyap’s reunion with Nawazuddin Siddiqui for what is essentially a spiritual sequel to Gangs of Wasseypur can’t compare to the show’s present day storyline about a mysterious threat to an entire city.

? What kind of stripper is named “Kukkoo,” and who in their right mind would dedicate an entire episode to her?