Crime dramas have held a fascination with drug use for as long as organized crime syndicates have been selling drugs. Notable early examples of these in film include Prohibition epics like The Public Enemy (1931) and the comedy-drama hybrid, Some Like it Hot (1959). As drug use diversified in the mid to late 20th century, so did society’s reaction to the crime syndicates that sold them, including filmmakers’ analysis and contemplation of the drug trade as a whole.

The international so-called “War on Drugs” reached a point by the turn of the millennium where both decriminalization and legalization policy became common points of discussion, as well as implementation in certain jurisdictions, to the extent where cinema’s portrayal of this complex social dynamic shifted from dark morality tales to more poignant social commentaries. Two examples of these changing cinematic depictions of drug trade, use, and policy are Steven Soderbergh’s Traffic and Abhishek Chaubey’s Udta Punjab. Both films explore the international drug trade and the various cartels associated with transporting contraband narcotics across borders, as well as the law enforcement agencies tasked with investigating them and the average citizens caught in the crossfire. Both films forgo traditional protagonists or character-driven narratives in favor of broader, story-driven plots spread across ensemble casts. Few differences between the two films include small stylistic choices in cinematography and editing, as well as emphasis on soundtracks, but viewed back to back, they play almost like mirror images of each other, if not remakes. 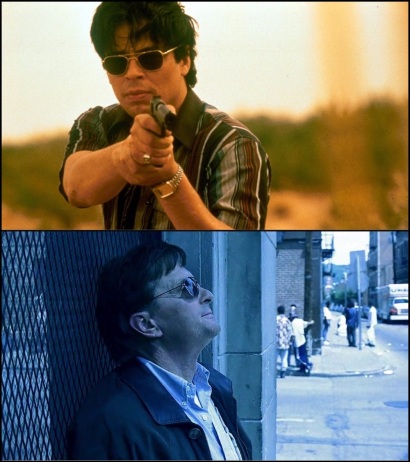 Traffic was a bit of a passion-project for director Soderbergh, who helped develop the screenplay by Stephen Gaghan about the intersection of Mexican cartels, law enforcement, and politicians on both sides of the US-Mexican border. In many ways, the film is a great time capsule of American sentiment towards cartel activity in particular and drug use in general by the turn of the millennium; a broader consensus on the complexity of drug policy was just beginning to solidify throughout the American public, and illegal immigration from Mexico was still increasing. Given the increasingly progressive societal stance on crime and recreational drug use in today’s United States (relatively speaking), much of the thematic dialogue and moral ambiguity of the narrative feels par for the course by 2017’s standards; and yet, Traffic almost never descends into preaching and conveys thematic analysis through visuals and drama, flitting between various color palettes, film stocks, exposure settings, and shutter speeds for different storylines and character viewpoints.

Soderbergh connects these otherwise disparate storylines into a cohesive whole through smooth camera pans, which transition from one subplot to another as characters cross paths (often unbeknownst to one another), from one element of the crime drama (say, Michael Douglas’ American ‘drug czar’) to another (e.g. Catherine Zeta-Jones’ cartel boss wife). Many of the story’s ensemble characters never come in direct contact with each other, expanding the narrative’s thematic scope, yet Soderbergh’s sharp direction keeps all these elements intertwined enough, and the script keeps the pace snappy. Only Erika Christensen’s (Douglas’ daughter) character feels lacking, as does one significant death scene involving a DEA (Drug Enforcement Agency) subplot.

Udta Punjab, released sixteen years later, feels like a spiritual sequel to Traffic, if not an unabashed remake for the Hindi film market. Given the Indian film industry’s penchant for unofficial remakes, both within and beyond Bollywood, the latter may indeed be the case. That being said, Udta Punjab’s (henceforth, UP) portrayal of the opium trade across the Pakistani-Indian border of Punjab is magnetic enough in terms of overall direction, editing, and FX, and heartfelt enough in terms of unique characterizations that it serves as a memorable companion piece to the aforementioned Soderbergh drug-ballad.

UP opens with a wonderful nighttime sequence depicting Pakistani drug mules tossing a packet of crack-cocaine across a border fence, which is subsequently discovered by Alia Bhatt’s farmworker character, thus inciting the principal storyline. This transitions into Shahid Kapoor’s drug addled pop star character, who introduces us via montage sequence and music video clips to the drug dealers, addicts, and law enforcement officials of the Punjabi state. Far more energetic and in-your-face than Traffic, yet somehow less melodramatic overall, UP embraces the grit and grime of its surrounding arid environment while relying on enough stereotypical Bollywood aesthetics to create its own audiovisual identity. This may sound very, very Western of me, but UP thus far represents the closest a Hindi film has come to replicating the aesthetics of hunger invented by Brazilian cinema and arguably perfected by the Indian-set (but British made) Slumdog Millionaire (2008), and I mean that as a compliment.

While its length may overstay its welcome, and Kareena Kapoor’s would-be love interest feels like she belongs in another movie, UP is a powerful film whose thematic ambition is outmatched only by its sheer entertainment value. UP is blessed with its aforementioned energetic editing, endemic soundtrack, and charismatic tone, but also boasts terrific performances from Shahid Kapoor, Alia Bhatt, and Manav Vij. UP’s various storylines are more interconnected than Traffic’s, which are a further plus, but the overall narrative is harmed somewhat by its weakest link, namely Diljit Dosanjh and Kareena Kapoor’s investigative reporting subplot. Dosanjh does his best with the archetypal role and generic dialogue given to him, and his character has plenty of motivation (he plays a police officer whose underage brother is involved with drugs), but Kapoor’s bland, holier-than-thou act almost ruins every scene with them. Thankfully (minor spoilers), Kareena’s misguided political activist/physician is more plot device than fully realized character, and her surprise death raises the stakes for the film’s climax. 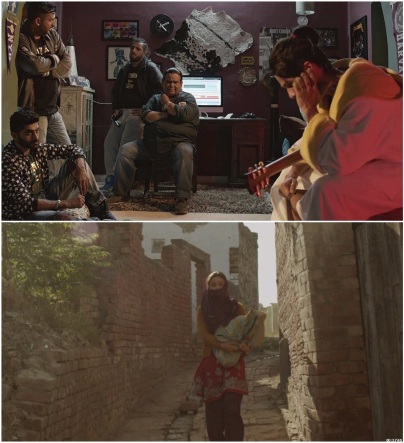 It’s hard to describe either film as playing it safe when both refuse character-driven formula so forcefully, and both stories are memorable in their own right despite being so similar. As strange as it sounds, I would recommend Udta Punjab for first-time Bollywood viewers before most of the Hindi films I’ve seen, given its low threshold for Hindi melodrama, high entertainment value, and lack of censorship; Traffic makes for a more contemplative, slow-burn crime drama that doesn’t feel its length (147 minutes) quite like Punjab (149 minutes). Watching either or both films, however, provide(s) insightful commentary on the modern international drug trade, from users to abusers to cops and drug lords and everyone in between. What makes both movies worthwhile is their successful execution of non-traditional screenplays and idiosyncratic characters, how they embrace serious material while never taking themselves too seriously. Both are pertinent cinematic representations of the current international drug trade, and despite a few weaknesses, will remain cinematic time capsules for future generations.

SUMMARY & RECOMMENDATION: Both Udta Punjab and Traffic are accurate, insightful portrayals of drug laws, enforcement, recreation, and crime. They are at times as messy as their subject matter, but both make use of lengthy run-times to dissect their theses through efficient, New Wave-style editing, memorable color palettes, and non-traditional story formats. You’ll learn more about drugs than in any high-school health course, that’s for sure.

? Just remember, one day all this drug monkey business will be legal. They won’t leave it to people like me, not when they finally figure out how much money there is to be made. Not millions, fucking billions. Recreational drugs PLC: Giving people what they want… good times today, stupid tomorrow.