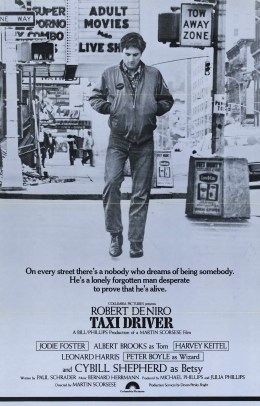 My personal favorite of Martin Scorsese’s films is also the best showcase of frequent collaborator Robert De Niro’s immense talent as a professional actor. His haunting monologues are some of the most iconic lines not just in American cinema, but motion picture history worldwide. This disturbingly poignant and dark narrative penned by Paul Schrader (also mastermind behind Scorsese’s Raging Bull [1980]) hits close to home to anybody who has suffered from an emotional disorder. It is not a vindication, but rather an unapologetic explanation for the things depressed social outcasts do. Then again, the most powerful themes are not what Taxi Driver describes, but what it shows. 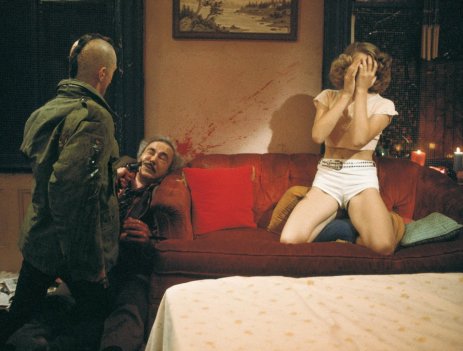 Travis Bickle’s social rejection, PTSD, and depression are what send him on a downward spiral of depression, loneliness, anger, and finally, wrath.

The story of Taxi Driver is that of a disturbed, depressed, and likely PTSD Vietnam veteran who travels down a self-destructive path as his own fears, anxieties, insecurities, and loneliness threaten to consume him. De Niro’s Travis Bickle is unable to handle rejection and find the strength (or willingness, rather) to seek help for his emotional problems. The screenplay describes and paces this character de-evolution with the utmost care, precision, and alarming realism. Bickle’s emotional breakdowns and sheer paranoia echo not the inane bumbling and clumsiness of an “insane” man, but that of a tragic human being who feels like he could be the stranger walking past you on the street, your best friend, or even you.

The plot hints at Bickle’s psychological uneasiness early on and foreshadows the mental degeneration, emotional meltdowns, social withdrawal, and violent rebellion that are later to come. The depression that plagues De Niro’s character is established in the movie’s unwavering downtrodden tone. Bickle’s feeble attempts to reach out to his peers, such as a memorable Peter Boyle, who acts as one of the few characters sympathetic to De Niro’s plights, fall tragically short of building the connections back to a society that Bickle feels has abandoned and forgotten him.

Every scene and transition in between settings, every prolonged shot and sustained jazz tune (highlighted by the hauntingly beautiful saxophone melodies representative of Bickle’s individuality), act as critical pieces in building the story of a man’s constant mental struggle, and possibly feeble mission, to save his mind from slipping into oblivion. No shot or monologue or any odd behavior is wasted. Every interaction De Niro has with both himself and the people around him whom he grows to hate, has a part to play in the setup of his growing emotional instability, his declining ability to control his frustrations, his building misanthropic rage from all those depressed emotions, and the climactic, volcanic explosion of violence that results.

The important feature in all this disturbing psychoanalysis is realism. All of the protagonist’s interactions with and responses to his environment feel real and are believable — there is no need for even minimal suspension of disbelief during the entire story. Though we recognize that Bickle’s viewpoint and interpretations of the world around him are at best biased and at worst totally warped, we are able to understand his feelings of sadness, loneliness, guilt, and eventually frustration, anger, and wrath. His actions make sense because the film communicates his wounded state and helps us to see the world through his eyes.

In light of our tragic protagonist’s dangerously low self-esteem, growing despair, and his being fed up with life in general, we are able to see how these disheartening aspects of society rob De Niro of all his strength to survive — save for his desire for revenge. Scorsese and Schrader’s ability to make you empathize with this man are impressive. Even De Niro’s final rampage is sympathetic to a degree, though the connection between his enemies in that scene and a prior foiled (not to mention criminal and amoral) assassination attempt are noted with subtle irony. 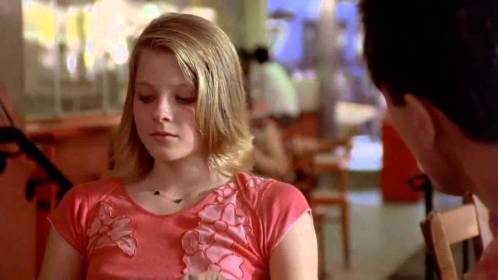 A young Jodie Foster stars as a child prostitute who De Niro attempts to help, offering a tiny ray of sunlight to this dark, grim tale.

The score by Bernard Herrmann is a memorable combination of jazz tunes and blues riffs. It fits the tone of the movie perfectly and serves to capture the burning emotions of the protagonist, as well as represent his dark interpretation of the urban world in which he lives. It is a unique musical journey that summarizes Bickle’s dark odyssey as much as the visuals do. The prolonged notes match Scorsese’s use of long-takes and preference for slow-motion photography.

Out of a career of monumental achievements in filmmaking, 1976’s Taxi Driver, a film that brought out the best in acting legend Robert De Niro, is Scorsese’s magnum opus. It features the best screenplay he’s ever translated to screen, courtesy of Paul Schrader, and demonstrates perhaps his most emotional characterizations to date. It’s hard to beat that.

SUMMARY & RECOMMENDATION: Scorsese is a directing machine in this effort. The bleeding, washed out hues and graphic violence of Bickle’s climactic rampage will leave your heart in your throat. The way he transforms Paul Schrader’s story from paper to the silver screen appears effortless and has set the bar for psychological dramas ever since. Robert De Niro, a man with a long, storied career in 20th century cinema, shows us the full extent of his abilities with the iconic character that has defined him the most. Bernard Herrmann’s dark, elegant score matches the seedy visuals, sound FX, and dialogue at every turn.

? The only actor’s youth that is more startling than De Niro’s in Taxi Driver is Jodie Foster’s, who plays a preteen prostitute for which she garnered an Academy Award for Best Supporting Actress. She was at the ripe old age of 13.

I love movies, music, video games, and big, scary creatures.
View all posts by The Celtic Predator »
« ‘Black Hawk Down’ (2001): A Technical Filmmaking Demonstration by Ridley Scott
‘Gone with the Wind’ (1939): The Greatest Melodrama of All Time »