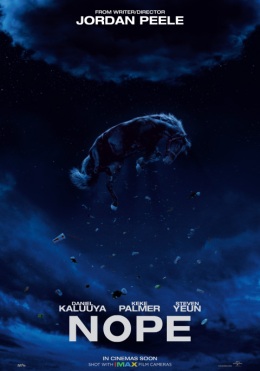 Due to most filmmakers’ and film journalists’ overwhelming political slant leftward, a given movie — awards-bait or blockbuster — has to be especially weak in execution (e.g. Suicide Squad [2016]) for it to be critically rejected so long as it features a cast and crew diverse in ethnic, religious, or sexual background. Making a simple comedy (remember those?) with raunchy humor and crude gags (e.g. Bridesmaids [2011], Ghostbusters [2016]) or a generic big-budget superhero blockbuster (e.g. Wonder Woman [2017], Black Panther [2018], Captain Marvel [2019]) we’ve seen a million times before, but without the traditional white bread, white rice-leading men (for older decades, think Adam Sandler to Bruce Willis; today, think Chris Evans/Pine/Hemsworth/Pratt) seems to promulgate mediocre to bad movies to positive reviews and otherwise decent, competent flicks to 99.999% “Fresh” ratings on the fabled Rotten Tomatoes website.

Steven Yeun represents a cautionary figure to those who might romanticize their relationship to wildlife and hope to profit off its spectacle.

Case in point has been the mainstream critical reception of Jordan Peele’s burgeoning filmography; in a world where comedians’ transition to horror filmmaking has become a cliché in and of itself (see also: Danny McBride in Alien Covenant [2017], Chris Rock in Spiral [2021], David Gordon Greene’s Halloween [2018, 2021, 2022] reboot trilogy), Peele’s horror auteur status stands apart given his unparalleled critical adulations and ability to market any film under his directorial status alone a la Christopher Nolan or Quentin Tarantino. Peele’s racial commentary in Get Out (2017) & class discussion in Us (2019), both original intellectual properties (IP), garnered rave reviews and contributed to the profitable dominance of horror movies as one of the few types of non-blockbusters to survive in modern Hollywood. While I enjoy Peele as a filmmaker, to say I find his work and cinematic humor in particular (e.g. Lil Rel Howery) overrated would be an understatement, and I believe critics’ political disposition combined with their general disinterest in blockbusters made them react to Peele like a college admissions board to an idealized top student from an underrepresented background.

Peele’s latest film, Nope, though it also continues modern horror’s trend of stilted, dumb, nonsensical titles (e.g. Shut In [2016], Don’t Breathe [2016], Crawl [2019], Smile [2022], etc.), may be the first of his that I liked more than I respected, as well as his first science-fiction horror hybrid. Nope (there’s no deeper meaning to that title I could discern from the film’s story or marketing) finds Peele borrowing in equal parts from Steven Spielberg’s Jaws (1975) and Close Encounters of the Third Kind (1977); its first act recalls the eerie, patient ambiance of a unidentified flying object (UFO)-conspiracy thriller a la the former or the more recent Signs (2002), Arrival (2016) and The Vast of Night (2019), but the narrative soon transitions to a monster-movie format by Act Two, paying homage to not only Spielberg’s elasmobranch but also Tremors (1990). Altogether, Nope’s diverse yet identifiable influences combine for the best theatrical X-Files (1993-2002) movie since 1998.

The story and characters of Nope are somewhat less consistent than its mood, tone, and diverse genre heredity. Get Out star Daniel Kaluuya and female lead Keke Palmer work as field hands in their father’s (Keith David) ranch, training horses for use in film and television productions, which falls on hard times at the film’s outset due to a random, inexplicable family tragedy; thereafter, Kaluuya and Palmer try to save their family business while working with a nearby Western theme park owner, Steven Yeun, who harbors secrets of his own, which may or may not be related to a newfound predatory entity stalking their local Agua Dulce community. Top to bottom, this is a fine premise with much dark, cryptic symbolism that plays into the movie’s larger analysis of the human fascination with natural phenomena, spectacle, acts of God, and unforeseen tragedies.

My problems with Nope’s storytelling are a function of certain weaker characters like Palmer and supporting actor Brandon Perea, as well as more of Peele’s tiresome comic relief. While Kaluuya is a grouchy, Scrooge-like protagonist whose relationship with animals ties into Nope’s overarching themes, and Yeun makes for a flawed yet sympathetic foil, Palmer’s loud, hyperactive performance and juvenile profanity feel like a Saturday Night Live (1975-) sketch character inserted into an otherwise serious, dark sci-fi movie; lines like, “Didn’t I tell you this muthafucka was gonna come up here with a non-electrical camera? Let’s go boy!” make hipster comedy nerds guffaw, but make me cringe. Meanwhile, Perea’s Fry Electronics employee side character feels like an unnecessary role given things to do to fill screentime.

Top: Though I find her character annoying, Palmer (right) and Kaluuya (left) are convincing as sister and brother. Bottom: Whoa! There goes an unidentified aerial phenomenon in Nope’s final set-piece.

In terms of cinematography, Hoyte van Hoytema outdoes himself with a variety of vehicular camerawork and convincing day-for-night sequences that take advantage of the geography of the Agua Dulce setting. I despise day-for-night sequences in most cases, but thought they worked well for Nope’s spooky nighttime scenes, while the cast’s near constant movement in pickup trucks, on motorcycles, and on horseback keeps the visuals dynamic and tense.

All things considered, I’ve taken to Jordan Peele’s eclectic, weird social commentary on film better than most “socially conscious cinema” because (1) Peele works within a mid-budgeted genre framework that best fits my cinematic tests, and (2) he’s used his fame since his 2017 breakout to produce the types of original IPs major Hollywood studios are nowadays reticent to distribute in theatres. Where I stop short of the Peele fan club is how I don’t believe films should receive critical acclaim because they provide portraits of diversity to the public, something to which I often feel his films are reduced thanks to the overwhelming political slant of film journalism. That being said, my few complaints about Peele’s filmography are outshined by his visual and tonal command of genre filmmaking, Nope most of all. I just wish he’d put more effort into those titles.

SUMMARY & RECOMMENDATION: A blend of multiple genres and with references to everything from M. Night Shyamalan to Steven Spielberg, Nope examines its characters’ relationship to extraterrestrial spectacle by comparing UFO fascination to our misunderstanding of wild animals and natural phenomena in general. Hoyte van Hoytema’s identifiable camerawork, a couple starring performances, and powerful special FX flesh out this unique yet familiar premise.

— However… you can like what you want, but Palmer’s snarky performance reminded me of Michael Bay or Paul W. S. Anderson’s irritating comic relief characters. Brandon Perea adds nothing to the film.

? Wouldn’t the heavy rainfall have washed away all that blood?