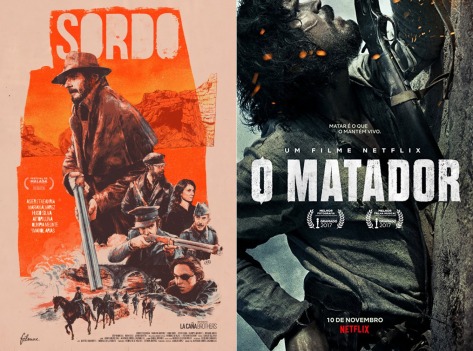 Growing up as a small-town kid in the Midwestern United States, my peers and I thought most, if not all people from outside the US were way smarter than most Americans. The only consistent exposure we isolated nobodies had from places more exotic than the nearest big cities (Saint Louis was 2.5 hours away, Indianapolis 2 hours away, and Chicago 3 hours away) were foreign exchange students, all of which were veritable geniuses, or felt as much to us out in the sticks. This was further hammered into my brain when I attended college institutions that were dominated by students from cosmopolitan metro areas from around the world. The jury’s still out on that matter, I suppose.

By the same token, my budding cinephile pals and I concentrated on our homegrown, American cinema (i.e. Hollywood plus assorted independent domestic filmmakers) before we explored international pictures. Most of the foreign productions we did share with each other were acclaimed festival or Academy Award winners, which were indeed, relative to the average dumbass blockbuster or broad, generic comedy, comparable to the best the American Film Institute had to offer. The international cinema we explored, like our high-school foreign exchange students, represented the cream of their respective crops. They also tended to be more boring, too. 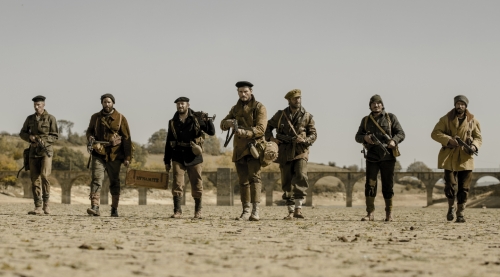 It wasn’t until later in my undergraduate tenure, and especially after I discovered the blockbuster musical cinema of Bollywood, that I gained a more holistic appreciation for cinema beyond Hollywood in particular and English-language filmmaking in general. Much how I eventually discovered morons without US passports, I enjoyed the less consistent yet often far more entertaining genre pictures of regions and languages throughout the globe, further noting how great cinema, the visual language of filmmaking, is universal. Unfortunately, that includes bad cinema, as well.

Enter Alfonso Cortés-Cavanillas’ Sordo (titled “The Silent War” in English) and Marcelo Galvão’s O Matador (titled “The Killer” in English), two Netflix Western exclusives that trade the 19th century US backdrop for an early to mid-20th century Spanish and Brazilian setting, respectively. Both films struggle to succeed on their cinematographic and screenwriting terms, but in distinct ways, offer notable examples of memorable yet flawed Latin Western filmmaking beyond the works of, say, Sergio Leone.

Sordo, or “Deaf” in English, is an ostensible war drama about the tail end of the Spanish Civil War, whereby its protagonist (Asier Etxeandia) loses his hearing after a Loyalist guerrilla bombing goes awry during the film’s inciting incident; thereafter, he evades Francoist troops as he tries to keep his revolution alive. That’s not a bad premise, and in hindsight, writer-director Cortés-Cavanillas could have engineered a brilliant technical experiment had he embraced the implications of his film’s title (i.e. he could’ve produced Sordo as a literal silent film entirely from his lead’s perspective). In practice, however, despite the movie’s competent outdoor cinematography and a couple impressive action sequences, the film is a poorly paced, tonal mess with too many characters, a lack of narrative inertia, bizarre unintentional comedy, and an inconsistent directorial vision.

What’s most disappointing about Sordo is how competent its set-pieces are (they’re action-packed and well choreographed) and how beautiful its location-photography is. Both strengths are undercut by the lackluster portrayal of Etxeandia’s hearing loss, which does little to drive the story save for a few, contrived instances of miscommunication between characters, which feel tonally out of step with the otherwise serious narrative. Sordo’s problematic execution of its lead’s physical handicap is no less frustrating, however, than its comical guest performance from Romanian actress, Olimpia Melinte, who plays an inexplicable Soviet sniper for hire whose actions, motivations, and ultimate thematic impact on the story feel pointless. Perhaps Cortés-Cavanillas’ greatest failure as a director is his inability to adapt the film’s comic source material of the same name, which feels like a serious period drama in parts and a cartoonish Spaghetti Western in others.

An interesting companion piece to the aforementioned is the equally tone-deaf O Matator, or The Killer, by Marcelo Galvão. Set in the arid tropics of the Brazilian sertão, The Killer plays like a sort of Western fairy tale or traditional morality play, but is undone by bad pacing, unlikable characters, and an obtrusive narrative framing device that fails to compensate for the movie’s lackluster visual storytelling. Similar narration was used in José Padhila’s Elite Squad (2007, 2010), but that social commentary felt necessary to that far more complicated story than this simplistic one, here. More problematic are the expendable supporting cast and caricatured villains, which feel engineered to produce as much gratuitous cruelty against sympathetic minor characters as possible with little narrative payoff. Unlike the relentless violence and civilian bloodshed of Padhila’s Elite Squad, there is little point to The Killer’s violence against the innocent besides shock value. 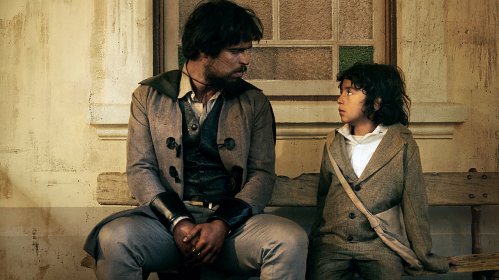 Diogo Morgado (left) isn’t sure what to make of his estranged son (Vito Giudici, right), yet their odd chemistry is one of the few bright spots of O Matador.

What’s most disappointing about the above is the kernel of an interesting character study in lead man, Diogo Morgado. His arc and relationship with his son (Vitor Giudici), who later doubles as the movie’s narrator (Allan Souza Lima), has some heart to it, yet both feel overwhelmed by the bad characterizations around them.

In summary, Sordo and O Matador are contemporary reminders that filmmakers can overthink genre cinema in any culture. The presence of Sergio Leone’s influential Spaghetti Westerns doesn’t help imitators such as these to stand out, but I do not penalize films for not being great or innovative. My problem with this pair of Latin Westerns is they don’t succeed on their terms; by compromising their internal logic via lazy visual storytelling, bloated casts, and tonal inconsistency, they would fail as cohesive, standalone Westerns regardless of their characters’ spoken language. While I am glad to have expanded my artistic sensibilities since adolescence, watching tons of movies from around the globe guarantees you’ll watch stinkers in all kinds of national film industries. Sordo and O Matador have heart, but they still stink.

SUMMARY & RECOMMENDATION: While I cannot deny their identifiable directorial vision, good filmmaking is dependent on meaningful directorial execution rather than originality, and as both character-driven narratives and Western hybrids, Sordo and O Matador are a mess. I have sung the praises of many an overlooked Netflix Original movie, yet for many reasons, for these two, I cannot.

— However… both films feature admirable, passionate lead characters lifted by capable performances. The scenery of both films and the action sequences of Sordo, in particular, are effective.

? What was the deal with that stupid coyote in Sordo? Was it our lead’s “spirit animal,” or something hamfisted like that?