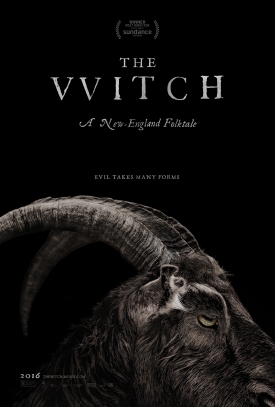 If you’re idea of modern horror consists of James Wan’s Saw (2004), Insidious (2011), and The Conjuring (2013), or similar supernatural thrillers like Sinister (2012), or found-footage movies like The Visit (2015), Unfriended (2014), and the Paranormal Activity series (2009-present), then I would concede with most cynics’ assertions that the genre is not doing well. On the other hand, if one looks just outside the boundaries of mainstream studio properties or the incredibly overrated stable that is Blumhouse Productions, horror fans can find a plethora of other better options. Throwback scare-features like It Follows (2014) and The Babadook (2014) are standouts, as are festival darlings like Last Shift (2014) and Starry Eyes (2014). 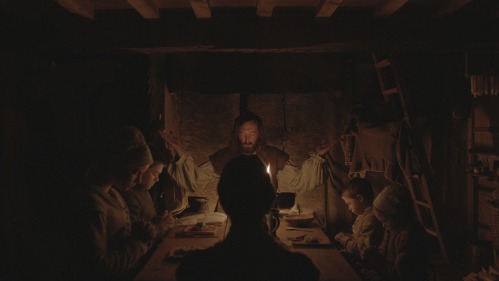 May God have mercy on our souls…

This brings us to Robert Eggers’ directorial debut, The Witch, one of the most intense and absorbing horror movies in the past decade. The Witch at first glance plays like a what-if? period-piece, taking inspiration from the superstitions of early 17th century New England Puritan colonists. The film portrays the endless pitfalls of religious paranoia and superstition over alleged witchcraft, as the majority of the violence and suffering in this story is carried out by the principle family, who succumb to fear and betrayal as they are terrorized by the titular threat. Then again, the antagonist(s) of The Witch and especially the ending give credence to the paranoid fears of Puritan Christian thought. The Witch essentially summarizes modern and historical portrayals of witchcraft and remixes them into a painstakingly detailed period drama where one of the most old-fashioned Halloween figures becomes incredibly unsettling in a whole new context.

Arguably the most enticing aspect of The Witch’s look, tone, and production design is its 17th century New England setting. The prologue offers an incredibly brief glimpse of a Puritan Christian colony, protected from the untamed wilderness and delicately connected to the safety of European Imperial civilization; as the principle family is excommunicated for alleged religious violations, we pass by a bustling European community and Native American traders before the village gates are ominously shut; thereafter which the family, and by association the audience, are banished to the wilderness for the rest of the film.

This geographic isolation becomes more and more claustrophobic as the family’s fear of supernatural marauders grows more dire. Crops begin to fail, hunting and trapping return little food, and the family’s resources dwindle. All the while, brief depictions of witchcraft — or what are implied to be witchcraft — intercut our principle family’s suffering and self-destructive despair. Like all great horror villains, the titular evil in this film has limited screentime and commits little explicit violence, but its screen presence and sinister menace are paramount.

The Witch’s nighttime cinematography is incredible, utilizing the minimal glow of candlelight and hearth fire to emphasize intense character emotions and ominous tone. In contrast, daytime sequences depict washed-out colors and dull greys to mirror the family’s loss of spirit and depression. I’m normally not a fan of color-correction given how much it’s overused in every single movie released nowadays, but here The Witch makes a powerful case for its aide as a storytelling technique.

Finally, the ending is something else entirely and makes for a great exclamation point to a tense and unnerving horror adventure. The finale is scary, creepy, satisfying, and is set up throughout the rest of the movie in tasteful and subtle ways. So many contemporary horror pictures, including otherwise competent, independent ones, stumble in their final act, but not this one. It’s one of the better scary endings I’ve seen in the past decade. 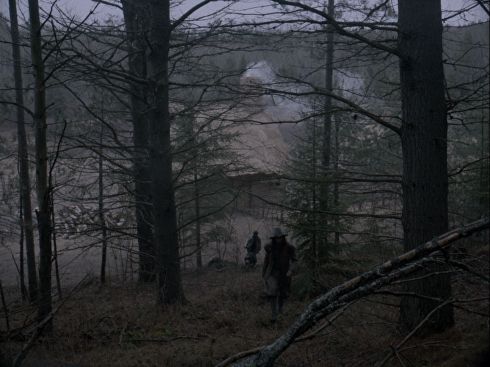 Since The Witch is playing at my local small town theatre, it should be playing at most every cineplex in the country and around the world. If you’re thirsting for a quality scare-flick or just something different than your regular found-footage crap, you have no excuse not to check this film out. I’m amazed it achieved a wide-release given its chump budget and unknown filmmaker, but for what it’s worth, the fact this film was not relegated to a Video On Demand release should be celebrated. Hail, Satan!

SUMMARY & RECOMMENDATION: Full of well-paced scares and suffocating atmosphere, The Witch is a horror triumph that depicts how terrifying supernatural demons, witchcraft, and possession can be when done right. The cast is terrific and outdo themselves with the archaic, old-school English vernacular, particularly “final girl” Anya Taylor-Joy. This film is the rare project that feels nearly twice its runtime (93 minutes), but feels all the better for it.

— However… the color-correction process, or lack thereof, remains what it is. Much of the film’s natural lighting and drab, depressing color palette may wear on some viewers. Possession improv acting is never without its cheesy moments.

? So many “thee’s”, “thou’s”, “thine’s”, “thy’s”, and “art thou’s!” Everyone here sounds like the Bible in an almost Middle English sort of way. Period dialogue!