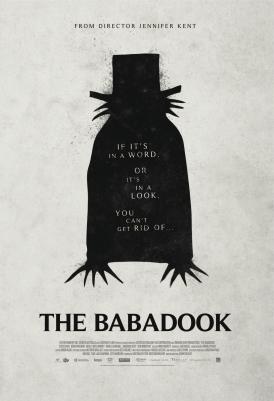 What separates quality horror films from shoddy, run-of-the-mill horror pictures is their stylistic approach to scaring their audience. The latter tend to rely either on jump scares or excessive gore FX, i.e. shock tactics, to convey any sense of foreboding or fear, and as a result their horror tends to feel cheap, exploitative, and tiresome well before the film concludes. The former tend to focus on instilling dread and a slow-burning sense of uneasiness before revealing the true horrors teased earlier in their stories, which thus feel more horrifying. Classic horror is about establishing a foreboding atmosphere rather than just things that go, “Boo!”

The scariest monsters aren’t under your bed.

All film genres, including horror, go through peaks and valleys both in terms of cinematic quality and cultural popularity over time, but one thing in particular on which I’d blame the lack of good mainstream horror in recent years is the previously discussed trend of making blockbusters suitable “to all ages,” and by association making films aimed at an adult audience a niche style in the modern age. Most horror features are either neutered to PG-13 standards and forced to employ lazy, annoying jump-scares (e.g. Insidious [2010], The Conjuring [2013]) or are cheaply made gornos (e.g. the Saw franchise [2004-2010]), which show off how gory they can be. It’s one lame extreme or the other.

With all that in mind, it’s nice to see a well made, patient horror film that takes its time to set up that aforementioned creepy atmosphere and a true sense of cinematic dread; as a result, Jennifer Kent’s The Babadook is a genuinely scary and intense film. Writer-director Kent gets all the fundamentals right: She builds her horror story around a small number of intimate, well-written, and complicated characters who are likable, yet flawed and relatable. The pacing and character arc of Essie Davis’ protagonist are excellent and intensify at all the right moments. The smooth, steady rhythm of the narrative combined with effective, minimalist cinematography ensure that the film always feels intense while never exhausting. The viewer never feels safe or secure no matter what the situation, as a sense of narrative unease hangs throughout every scene. The entire film takes place in an otherwise benign, ordinary middle-class suburb and centers around a single home with plenty of bystanders, and yet somehow Kent makes us feel so isolated, alone, and most importantly, dis-empowered. Dis-empowerment = Fear!

Kent employs so many classic horror tropes in such tasteful ways that you’d think she was a 20-year veteran (Babadook is her feature-film debut). There are countless beautiful references to older Gothic horror like Nosferatu (1929) and the silent special FX works of George Méliès. In many ways, The Babadook feels like a classic horror throwback picture, a modern-day homage to the iconic horror movies of the past (e.g. Rosemary’s Baby [1968], Alien [1979], The Shining [1980], The Exorcist [1973]), and does them justice by using these historical winks, cinematic techniques, and great screenwriting to maintain that constant sense of wrongness. The Babadook is vintage horror.

Everything else that can be said to the particulars of The Babadook’s plot, particularly its psychological symbolism and well executed metaphorical plot-devices, is best left for the viewer to discover on their own. I rarely refrain from spoiling narrative details when reviewing movies, particularly ones I enjoy, but this movie and its surprises are so much fun I don’t want to spoil them for anybody. Let’s just say there’s a plethora of Jungian psychoanalysis within The Babadook; the ease with which the film’s commentary on parenting, grief, and the human condition steps into the semi-fantastical without tripping your suspension of disbelief, is commendable.

Witness the most terrifying children’s pop-up book ever… as well as the most horrifying alter ego.

In the end, the lone thing that kept this film from becoming a mainstream hit in the United States was its true independent status. Made for little more than $2 million by a small Australian studio, The Babadook lacked the ability to distribute itself without the help of a major American studio, something that Saw (2004, also an inexpensive independent film) was lucky enough to procure. The Babadook is fun, in English, and isn’t too complicated or cryptic despite being such a rich narrative. It’s like Christopher Nolan’s Memento (2000) in that it’s heavily symbolic and well-written, but isn’t so convoluted that you have to wrack your brains to figure everything out. For those of you who have seen it and want to fully, completely understand every nook and cranny of the film, there are analyses of the movie’s bizarre (but appropriate) combination of allegorical expressionism and therapeutic Jungian psychology if you’re curious; however, you don’t need to understand any of that gobbledygook to enjoy The Babadook (…dook, dook, dook…) and get your pants scared off.

SUMMARY & RECOMMENDATION: Jennifer Kent is a filmmaker to watch. Like great horror filmmakers before her, she takes minimal resources and crafts a maximum-power scare-flick through smart screenwriting, efficient direction, and two great leads.

— However… the only thing I’d knock the film on is its lack of originality. Though The Babadook recycles everything good about the horror genre in respectful, well executed fashion, it doesn’t exactly reinvent the wheel.

? I’ll wager with you, I’ll make you a bet: The more you deny, THE STRONGER I GET. You start to change when I get in —- The Babadook growing right UNDER YOUR SKIN.

I love movies, music, video games, and big, scary creatures.
View all posts by The Celtic Predator »
« ‘Selma’ (2014): Critics Told Me to Like It
Fuck you, it’s January! »