Amidst the cultural backlash, civil war, and whirlwind that was 2016, filmmaking soldiered on as usual, featuring a plethora of comic book-adaptations such as Batman v Superman: Dawn of Justice (2016), Captain America: Civil War (2016), X-Men: Apocalypse (2016), Doctor Strange (2016), and the sidestream rebuttal, Deadpool (2016). It was a good year if you were a comic book superhero fan, unless of course you hated Dawn of Justice and/or Suicide Squad (2016) like most did, in which case maybe it was merely decent; it was, by the same token, a bad year if you’re tired of superhero films and couldn’t care less about comic book superheros, unless you happened to like the three hour Synder-fest of Dawn of Justice or the X-Men Animated Series-inspired Apocalypse, in which case maybe the year was merely decent.

I don’t even know what any of that means.

Still, while I expect Hollywood to start mustering energy for its anti-right-wing, anti-Donald Trump films only by this year (I expect a new Manchurian Candidate [1962, 2004]-style thriller and a White House satirical comedy in the vein of Idiocracy [2006], pronto), enough socially conscious, politically correct awards-bait were released in time for this year’s Oscar season in response to the amusing #OscarsSoWhite controversy of previous broadcasts. Ferociously non-straight, white, American male-dominated films like Birth of a Nation (2016), Hidden Figures (2016), Moonlight (2016), Fences (2016), Loving (2016), and Lion (2016) either saw wide releases or garnered high-profile Oscar nominations or both. Hollywood stars are already gearing up for their annual political protests at the 89th Oscars, which have gained momentum given the events of last year and this one, from Brexit to the US presidential election to America’s recent travel ban.

All in all, 2016 wasn’t my favorite year in film given the aforementioned groups of films, which I typically don’t care about, particularly in comparison to the stellar 2015 calendar year. In light of my lukewarm reception to the majority of the films I saw this year, and given the fact I didn’t see as many theatrical releases as I normally do, this year’s “Best of/Upcoming Year Preview” will be much shorter and to-the-point than previous ones. Instead of a comprehensive Top Ten list or a description of my biggest disappointments, surprises, and blockbusters, I’m sticking to a simpler list of recommended films from 2016. Note the genres and my particular recommendations (and warnings) for each:

Films worth watching (or rewatching) from 2016 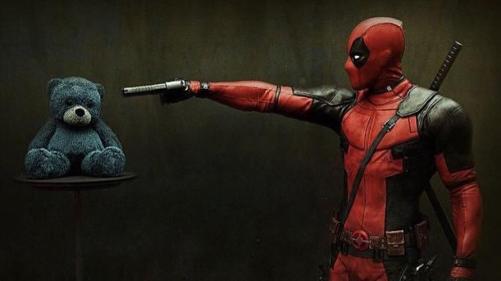 Do you dream of electric sheep?