In Praise of Social Media

The world is yours.

While I try to skew most of my posts toward film criticism or filmmaking analysis given that Express Elevator to Hell is first and foremost a movie-blog, today I’d like to do something a little different. Today, I present a positive, warmhearted appreciation for the abstract conglomeration and digital concept that is social media.

I know — a positive, appreciative essay filled with warm, fuzzy feelings, and about “social media” no less… the shallow, gossip-filled ranks of social media would not be getting praise from the nihilistic likes of me, no doubt? I assure you there will be little to no angst-ridden, angry emotions coursing through this writing, nor any sarcastic, bitter remarks of cynicism. I want to send a big, juicy THANK YOU to the likes of Facebook, Twitter, WordPress, and the rest of the world’s online blogosphere.

Simply put, social media has been a huge (and positive!) part of my young adulthood, especially during my darkest years. Facebook and other sites like it help me stay in touch with the people I like and avoid the ones I don’t. Most of my “Facebook friends” are my “real-life friends” that I get to know and interact with mostly outside of Facebook, or are folks I meet in-person and then keep in touch afterward with the grace of the almighty Internet. However, a non-insignificant amount of my social interactions online, through FB or WordPress or wherever, are with Internet pen-pals whom I’ve never met in person yet thoroughly enjoy interacting with despite us often being on opposite sides of the planet. I think that’s pretty cool. 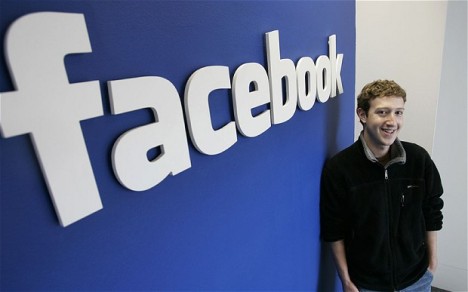 Thanks for the website, Mark! No seriously, thanks a lot…

Keeping in touch with these friends/friendly acquaintances is invaluable to me, especially at this stage of my life when people are constantly moving about, graduating from college, going to professional schools, getting new jobs, getting married, having kids, traveling to internships, taking time off from all the above, and so on. It’s a big world we live in, and one where many of us are constantly moving, where are immediate physical social circles are ever shifting. This transient, fluid nature of humanity is emphasized during one’s 20’s, and to be quite frank, human beings are not engineered to adjust that quickly on the fly. We humans evolved in small, tightly knit social groups, or tribes, where family members, relatives, and good friends were almost always nearby. Thus, the fact that modern life often necessitates traveling hundreds of miles and changing one’s living situation every year (or even more frequently) puts considerable strain on our psyche. Some of us are particularly bad at dealing with changes like that, such as yours truly.

The ability to keep in close contact with people you know, trust, and actually like is a huge psychological safety net when life is at its most tumultuous, or when you feel your worst or most depressed. Even minute acts like posting angry status updates on Facebook or writing passionate movie-reviews on WordPress can be big pick-me-ups simply given the fact that the Internet is public and it is so easy to reach so many people instantaneously. Millennials often fret or are warned of the fact that the digital age is written in ink, and even small rantings or social interactions on the Internet can come back to haunt us. However, one can embrace this facet of our social media-dominated world and use it our advantage. Something like Facebook, Twitter, or WordPress allows for easier self-expression and reaching out to one’s trusted social group, even when you’re in a new place at a new job all on your lonesome. I’m not denying that social media can also restrict one’s interest in the physical world, but it can also be an escape or social crutch when we legitimately do need them.

To that end, social media allows us to restrict access to negative people we don’t want or need in our lives. We all have to learn to live with people we don’t like or disagree with, sure, there’s no eliminating assholes from your life entirely, but social media should be praised for its ability to limit those asshole’s interference in some facet of your life. You don’t like that classmate of yours posting mean and negative things on your FB wall? Block them. You get trolling, nonsensical, or narcissistic comments on your blog? You can delete them before they ever go public.

Now a common rebuttal to the aforementioned is simply to disregard social media entirely, to go “Facebook free(!)” or never even take up something like blogging. But to me, that’s akin to avoiding, say, alcohol or junk food entirely because you can’t control yourself around even a small sampling of it. That’s not a celebration of discipline or sobriety, but rather another unnecessary extreme. To that end, it’s impractical to avoid the Internet altogether in this day and age, and dismissing social media in its entirety ignores its many benefits. I dare you to not feel a smug sense of satisfaction blocking your asshole coworker on FB, or clicking the Trash-button on a mean-spirited blog comment. There are definitely some endorphins going on there, and they are most certainly deserved.

If Karl Marx, Adam Smith, Martin Luther King, or Susan B. Anthony were alive today, they would be bloggers.

Many of the benefits I have reaped from social media are accentuated by my increasing ability to streamline if not eliminate its infamous trolling aspects. I mentioned the ego-boosts that are blocking unlikable people on FB and denying comments on the blogosphere, but this emotional discipline can be extended to any ridiculous click-bait article, outrageous Twitter thread, or juvenile comment-section. The Internet is an amazing, diverse, and outrageous place, but it rarely becomes irritating or malicious without your consent. Simply avoiding comment-sections altogether or avoiding ridiculous “trending” articles cuts down on most of the psychological baggage that can make social media taxing.

If you’re wondering whether this online discipline translates to real-world emotional maturity, then let me leave my two cents with this essay and assure you that it does — at least for me. Social media trolling and gossip is merely an extension of real-world human behavior. If you can resist getting dragged into meaningless political debates on Facebook or read comments you don’t like without freaking out over them, then trust me, you’ve taken a big step in learning to overcome that same crap in the physical world.

But in the end, my appreciation of social media extends mostly toward its immediate benefits. Regardless of my physical location or my mental state, I can still reach out to family, friends, or complete strangers through my movie-reviews and FB status-updates, and I always get a response. It may not always be the magical response I want, but social media always gives me the feedback I need. Looking over my WordPress statistics and seeing one or two or twelve people reading a film essay I put considerable effort into makes me feel good. It really does. Even if those folks clicked onto my article by accident, or even if most backed out immediately, I still made an impression and got noticed. Even just a little bit. The same feeling goes for angry posts on Facebook or Twitter.

I understand that not everybody feels the same way about social media, and that many people will not have the same positive reactions to its features that I listed. I get that. But for my part, things like WordPress and Facebook have made huge, positive contributions to my life over the past seven years, and I don’t regret being an active online Millennial for a second.

If nothing else, social media allows people, and myself especially, one further medium to get their five pounds of shit out of their four-pound psychological bag. The only real difference to previous generations is that now, the persons helping you take out that shit might be halfway around the world instead of just around the corner, and what isn’t neat about that?

I love movies, music, video games, and big, scary creatures.
View all posts by The Celtic Predator »
« ‘The Revenant’ (2015): The Coldest Violence in the West
‘Deadpool’ (2016): Taking the Swagger out of Superhero Movies »

7 thoughts on “In Praise of Social Media”