//
you're reading...
Other, Random Thoughts on Random Things

In Praise of Writing 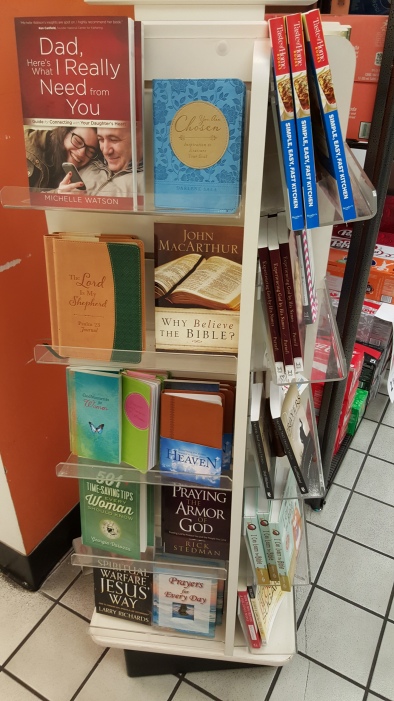 Praise Jesus for the written word!

I spend much time on this blog singing the praises of visual storytelling, often at the expense of literary storytelling or the medium of literature in general. The great irony of those blunt, snarky remarks is that most blogging, including Express Elevator to Hell, is writing-dominated; most people I know think of blogging as a sort of public “open-journal” or open access hobby exploration, which is how I view the blogosphere most of the time. More to the point, this website is not based on Instagram visuals or an online record of my amateur filmmaking. I have taken several intensive film courses and have attended various cinephile events, but am no “filmmaker,” amateur or otherwise.

My life skills are few and far between, and though my ability to string words together in phrases that make sense is limited, my writing skills are at least competent. Both my recreational and academic writing have brought me considerable joy and personal growth over the years, regardless of whichever topics I have analyzed. Express Elevator to Hell (EEH) is a movie blog, yes, but it’s built atop a literary, not cinematic foundation. The subject-matter of EEH is filmmaking, but its cornerstone is my writing, for better or worse.

In light of this self-reflexive mood, I wish to outline three (3) aspects of writing (prose) in general that I argue make it the best analytical medium. I argue writing’s accessibility, versatility, and personable nature allow it to be the optimal method through which people may comment, measure, dissect, and discuss other phenomena, including other media (e.g. film).

1.) Writing is accessible: Though people’s writing abilities vary just like any other art or skill, the global literacy rate is near universal and the highest it’s ever been in human history. Basic reading and writing comprehension are neither snobbish nor superfluous abilities (trust me, you’ll use them), and are considered the foundation on which the rest of one’s lifetime education, both formal and informal, is based.

Aside from almost everybody learning to write at an early age, writing is cheap. One doesn’t need fancy cameras, the latest computer programs, or a specialized Internet connection to embrace it. Regardless of your writing objectives, the most complicated hardware you need is a keyboard, if not a piece of paper and a pencil. Providing feedback on another project is as simple as typing or scrawling, as opposed to the likes of noted video-essayists like Every Frame a Painting or Red Letter Media — whose work I love — which involve at minimum filming equipment, microphones, and/or powerful non-linear editing software like Final Cut or Adobe Premiere Pro.

2.) Writing is versatile: Speaking of editing, writing as an analytical tool is as effective at giving intimate feedback on other projects as it is giving feedback on itself. What I mean by this is that an essay can be retooled, re-edited, or rewritten from scratch with minimal effort, regardless of its size, compared to even a brief musical recording or short film. I rewrite one thousand-plus (1000 +) word essays on this site, as well as academic papers, all the time, and while those assignments are rarely a cakewalk, they’re walks in the park compared to retrofitting even a five-minute short film.

I’ve written before about the sheer magnitude of resources, manpower, and money required to produce feature-length films. Compared to the hundreds of millions of dollars of Hollywood tentpole blockbusters or even the “modest” budget of independently produced dramas, writing a novel is cheap and headache-free. A reason for this is that many, if not most great works of literature were and still are produced by single authors. Sure, the greatest writers utilize feedback from peers and dedicated editors like any responsible, self-aware craftsman, but writing the next Great American Novel doesn’t necessitate corralling hundreds of people or negotiating with studio executives for funding. The same dynamic applies to written artistic criticism.

3.) Writing is personable: A result of writing so often being the function of a single author’s voice allows the written word, even in its driest, most systematic form, to become the ultimate autobiography. Whenever I critique other people’s films, that criticism is mine and mine alone; I may receive writing feedback from time to time, but at the end of the day, my best and worst prose are my sole responsibility. There is a satisfying finality to that aspect of writing.

Much like my admiration for social media more generally, my affections for writing as a medium for criticism, discussion, and analysis circumvent most people’s allergic reaction to it. I enjoy social media in large part because it is so open, honest, and chaotic, and I similarly embrace analytical writing’s meticulous, detail-orientated personality that can drive certain people up a wall. Writing is rarely, if ever as flashy as the audiovisual arts, but it’s a more patient, reflective, and universal method to comment on the world around us. A picture may indeed be worth a thousand words, but sometimes those thousand words are worth writing.

I love movies, music, video games, and big, scary creatures.
View all posts by The Celtic Predator »
« Things You Like that I Don’t
‘Us’ (2019): Jordan Peele’s Horror Expands »