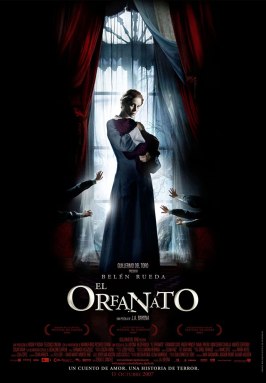 Juan Antonio García Bayona, often credited as J. A. Bayona in his work, is yet another example of a talented filmmaker I’ve appreciated in full only after his transition from his native industry (Spain, in this case) to wider release, more “mainstream” international productions. His best known and most financially successful film, Jurassic World: Fallen Kingdom (2018), is his lone Hollywood blockbuster to date (December 2022) and the best directed sequel in the Jurassic Park/World franchise (yes, better than Steven Spielberg’s Lost World [1997]). Before he transitioned from chump-budgeted, artsy dramas (see below) to $170 million+ epics, he tried his hand at multiple successful mid-budgeted genre films like The Impossible (2012; budget = $45 million) and A Monster Calls (2016; budget = $43 million), the latter being my first introduction to the man’s work. Similar former independent filmmakers “called to the Hollywood big leagues” like Jordan Vogt-Roberts (see Skull Island [2017]), Jon Watts (see the Spider-Man “Home” trilogy [2017, 2019, 2021), Patty Jenkins (see Wonder Woman [2017, 2021]), Colin Trevorrow (see Jurassic World [2015]), Ryan Coogler (see Black Panther [2018]), or even James Wan (see Furious 7 [2015]) didn’t have as much expensive, high-concept filmmaking practice before major American studios came calling.

Lead Belén Rueda recreates the scenery of the titular orphanage as it was decades ago in order to better commune with its spirits who, like most undead, have unfinished business in our world.

Bayona will return to Spanish-language filmmaking with 2023’s Society of the Snow thanks to Netflix, which has allowed many non-traditional, sidestream, and non-English language genre productions to flourish outside the contemporary homogenous, blockbuster-dominated theatre system. His directorial debut in his native Spain, however, The Orphanage, was a small ($4 million) horror-drama of the Gothic, supernatural variety whose production, funding, and casting were facilitated in large part by Guillermo del Toro. One notices much of del Toro’s artistic sensibilities in this dark, melancholic film, from its morbid overtones to its paranormal genre flourishes to its relatable human heart at the center of its screenplay; Bayona’s grasp of this sort of material no doubt enhanced their working relationship, as The Orphanage feels like a sort of lost del Toro film without any sharp-toothed monsters. Like Mike Flanagan’s Haunting (2018, 2020) series on Netflix and unlike much of del Toro’s work, though, it has little in common with the horror genre beyond a general haunting atmosphere and the aforementioned supernatural touches here and there, using incorporeal beings as extensions of character development or the personifications of various narrative themes.

The Orphanage’s most obvious directorial strengths are its blocking, comparative use of outdoor location-photography and indoor set-design, and lead performance; because of the diversity of those attributes, most viewers can understand why Bayona’s first feature is so effective. All the outdoor sequences take advantage of the physical geography of Llanos, Asturias in northern Spain, where the screenplay incorporates local environmental features like the Cuevas del Mar beach into multiple key plot-points. The titular orphanage is a seamless mixture of the real-life Partarríu Manor and reconstructed sound-stages (I couldn’t tell studio and on-location shoots apart), and director of photography Óscar Faura’s memorable, often unsettling wide-angle lenses combine with Bayona’s creative blocking of main characters, ghostly apparitions, and the Manor’s mazelike architecture to produce haunting, emotional imagery.

Most noticeable of all The Orphanage’s features is lead actress Belén Rueda. Well known in her native Spain for her television serial dramas, Rueda has garnered an international reputation in the past couple decades for her genre work in films like this and Julia’s Eyes (2010). She gives a powerful, endearing performance here as a grieving mother whose arc dovetails with her character’s complicated backstory with the eponymous colonial manor; her emotional range, in conjunction with tasteful sound-editing and some spinning camera moves, sell the film’s gut punch of a conclusion.

What’s not to like about The Orphanage? Not much, to be honest, beyond the slow pace and sheer dearth of actual scares, which certain audiences may expect due to the film’s official categorization as a “Gothic supernatural horror” movie. As mentioned before, The Orphanage fits the creepy Gothic melancholy of Flanagan’s Netflix Limited Series, unsettling spiritual imagery permeates the script, and I can recall at least one gory character death I didn’t expect at the time, but there’s little content here designed to strike actual fear into its viewers. Whether that dynamic is a true weakness of The Orphanage or a marketing mistake depends on how you approach this material, though I do admit the movie feels a good deal longer than its 97-minute runtime. 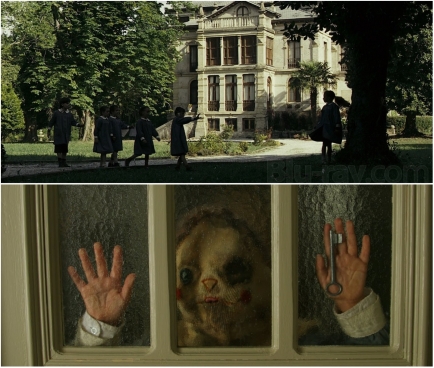 Between JA Bayona’s diverse theatrical work and television contributions (see also his episodes of Penny Dreadful [2014-2016] and The Rings of Power [2022-]), I would challenge any cinephile to argue against following his career, as the man has more than enough command of genre filmmaking techniques and special FX budgets to win over the masses, as well as an intimate grasp of intelligent, character-driven screenplays to appease professional film critics. The Orphanage is perhaps his most uncompromised film yet, not to mention one of the better directorial debuts I’ve seen since the turn of the millennium, teasing its audience with everything from Gothic tragedy to paranormal investigation. Given how I’m not a fan of those latter two fictional subgenres in general, my appreciation for this work shouldn’t be taken lightly. Its questionable status as a horror film may bother viewers with little interest in Mike Flanagan or Guillermo del Toro, but I’d argue many more will enjoy this subtle yet straightforward contemplation of society’s unwanted children.

SUMMARY & RECOMMENDATION: Quiet in its cinematographic approach yet relatable on a human level, JA Bayona’s The Orphanage shows rather than tells how its characters deal with unforgettable tragedy. Its emotional impact is equaled only by its physical character, utilizing the coastal iconography of northern Spain to such an extent that the film’s live and studio-recreated set-design become characters unto themselves.

— However… I don’t think anyone over the age of twelve will be frightened by anything in this story. The twist-ending of Belén Rueda’s arc is worth it, but the hour and a half that precedes it takes its sweet time.

—> RECOMMENDED to make you feel sadder than before!

? So, did they stay in that house forever?