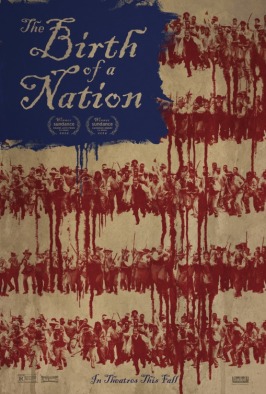 Nate Parker’s The Birth of a Nation (2016), a passion-project by the first time writer, director, and producer, feels like a strange beast despite otherwise being so typical a film. When the movie, an obvious shot at D.W. Griffith’s 1915 Ku Klux Klan propaganda piece of the same name, released earlier this year at Sundance, it received rave reviews, festival awards, and was quickly predicted to be an Oscar-favorite, as well as a not-so-subtle reaction to ongoing accusations of Hollywood’s lack of diversity and the #OscarsSoWhite campaign. Nate Parker soon found out, however, like this year’s American presidential candidates, the price of fame always carries the threat of infamy. 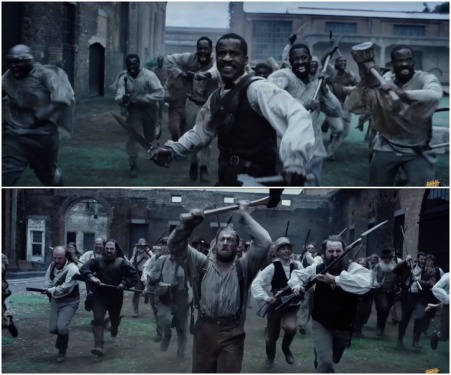 Top: Nat Turner (Nate Parker, center) leads his fellow slaves in violent rebellion. Bottom: But the white slave-owning community seek to put the uprising down by any means necessary.

High-profile coverage of the film uncovered unsavory details of Parker’s past, including a 1999 rape-case involving himself and co-story creditor Jean McGianni Celestin as defendants. Things went from bad to worse for the filmmakers and their distributor, Fox Searchlight Pictures, who purchased the rights to the film for a festival record of $17.5 million, as Parker’s personal coverage began to overshadow the film. Details of alleged homophobia by Parker emerged, as did the fact that his and Celestin’s alleged victim committed suicide in 2012. By the time of the film’s theatrical release, The Birth of a Nation has gone from an anticipated super Oscar-bait to controversial rape-gate and sexism-scandal, Ghostbusters (2016)-style.

I don’t pertain to make moral arguments regarding filmmaker’s personal lives or actions outside of filmmaking, at least not with regards to film reviews themselves. Still, it’s worth keeping in mind the cultural baggage of certain movies when such media uproars over a particular film, as it helps lend context to hypercharged emotions of the film community or the bias of certain reviewers.

For my part, The Birth of a Nation is not an atypical film, and that’s the real disappointment from a filmmaking perspective. It’s perfectly competent, in its defense, covering an interesting subject-matter from a fascinating time-period in American history. Parker’s direction is consistent on the whole, and his supporting cast, including Aja Naomi King, Jackie Earle Haley, Colman Domingo, and Armie Hammer, are strong. Still, The Birth of a Nation can’t help but feel predictable, quaint, and formulaic, not just with regards to its historical subject-matter, but as a film in general.

Comparisons to Steve McQueen’s 12 Years a Slave (2013) are understandable, but from a narrative structural perspective, unfitting. McQueen’s film was highly atmospheric, episodic, and composed of suffocating close-ups for much of its run-time. By contrast, Nation lacks tension due to mediocre pacing and Parker’s so-so lead performance. I was one of the few who wasn’t enamored by Chiwetel Ejiofor’s performance in 12 Years, but the main difference there was how much the story extended beyond him, not only into that film’s stellar supporting cast of Lupita Nyong’o and Michael Fassbender, but the film’s cross-cultural setting as a whole. Nation’s setting is interesting, but due to its protagonist’s conditioning to its environment and his predictable arc, the movie lacks any surprises, interesting moral dilemmas, or narrative subversions.

Parker’s formulaic script would be perfectly acceptable if his directorial execution was reliable, and for the most part, it is. Though he struggles at staging captivating dialogue, his use of montage sequences, sweeping crane-shot vistas, and use of music are commendable. His visualization of Nat Turner’s building rage lends credibility to his character’s actions, and his sparse but memorable use of dream sequences, African tribal chants, and flashbacks lends additional visual flair in the vein of Parker’s mentor, Mel Gibson.

The Birth of a Nation most strongly resembles the works of Braveheart (1995), The Passion of the Christ (2004), and Apocalypto (2006) in its violence; though Nat Turner’s inevitable bloody rebellion can’t help but feel abbreviated in comparison to the film’s running-time, Parker excels at shooting hand-to-hand combat, gore FX, and testosterone fueled aggression. 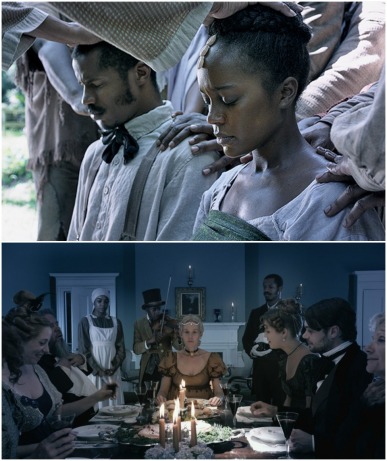 I think this is where Nation turned off many left-leaning critics. In addition to all the sociopolitical hoopla lingering over Parker’s auteur project, the film is in love with Mel Gibson-esque machismo and confrontational violence. While I’ll admit some of the surrealist delusions of grandeur that surround his protagonist’s ultimate destiny come off as a tad pretentious, complaints of the underuse of the movie’s female cast or the overuse of sexual assault to underscore Turner’s personal vendetta fall flat when taken against the greater context of the film’s narrative. Parker’s rendition of Nat Turner, though predictable and formulaic, is given considerable motivation over long stretches of diegetic and absolute time, and his actions, as illustrated in the film, make complete sense. My lukewarm reaction to his performance notwithstanding, any further criticism of the film from a thematic or character-level are subjective and extend beyond the film itself.

On the one hand, it’s unfortunate that any movie’s artistic merit should be tainted (or sugar-coated) by activities outside of said movie, but on the other hand, Nate Parker’s The Birth of a Nation isn’t all that spectacular, either. It’s more memorable than Ava DuVernay’s Selma (2014), which was so bland and forgettable it watered down any important message it was trying to convey, but in the end succumbs to the same pretentious self-seriousness and lazy writing that handicap its striking visuals. I suppose I would recommend The Birth of a Nation given Parker’s strength as a director, but as far as overall vision, storytelling, and lead characterizations go, it has more in common with Glory (1989) and Django Unchained (2012) than 12 Years a Slave, and I don’t mean that as a compliment. Still, it’s pretty awesome to watch a slave-owner get his head smashed in with a sledgehammer.

SUMMARY & RECOMMENDATION: More revisionist than revolutionary, Nate Parker’s The Birth of a Nation treks over familiar ground with ardent determination and unapologetic visual strife. Parker may have more confidence behind the camera than on paper, but it’s his use of editing and music where his cinematic talents really shine.

— However… Nation is one of the few movies that could’ve used less buildup to its visceral climax, not more; Parker struggles with maintaining tension throughout his film, staging expository dialogue, and giving his talented supporting cast more to do. The film is ultimately far less provocative than it thinks it is, or than in its amazing posters would have you believe.

? I’m surprised Walton Goggins wasn’t nabbed for a role in this.