The X-Men film series has experienced a roller-coaster ride of ups and downs through the years, with the adventure starting way back in 2000 with the original X-Men, starring superheros Wolverine, Cyclops, Storm, Jean Grey, Rogue, and Professor X, as well as nemesis Magneto and his cronies, Sabretooth, Mystique, and Toad. It was quite the superhero-ensemble, and things got even better with X2: X-Men United (2003) three years later, adding some new baddies, as well as fan favorite, Nightcrawler. Then, however, things took a turn for the worse as the series switched directors from Bryan Singer to director-for-hire, Brett Ratner (the Rush Hour films [1998, 2001, 2007]), for X-Men: The Last Stand, and the series bloated from the sloppy combination of two different plots (The Dark Phoenix Saga [1980] and Gifted [2004]). This downward trend continued into even more laughable territory with the widely criticized X-Men Origins: Wolverine (2009), ridiculed for its over-the-top style and melodramatic plot. Finally, the series appeared to get a hold of itself with the well-received X-Men: First Class (2011), which went back to the series’ roots of prejudice and social unrest, detailing the early lives and adventures of young Professor X and Magneto with a much younger cast.

LEFT: Fukushima (left) stars as a capable sidekick with both combat and acting muscles to flex. RIGHT: Hugh Jackman takes on some ninjas.

And that brings us, at last, to The Wolverine. What perked interest in this latest X-flick was the allure that it might be the film Origins should’ve been — namely, a focused, Wolverine-centric story that took itself seriously. With those and only those expectations in mind, The Wolverine is undoubtedly a success. Its action and characterizations are far better, while the ridiculous antics of Origins are nowhere to be found. With that said, Origins is a low bar to compare this latest film to, so with that on the table, how good is Wolverine’s latest adventure from a more levelheaded, objective standpoint?

It’s not a bad film, all things considered. Sure, there are some over-the-top aspects here and there, and the plot is not well conveyed, but Wolverine’s interesting and likable character feels much more at home in this grounded, mature environment. It also doesn’t hurt that Hugh Jackman’s supporting cast is strong, as his Japanese sidekicks are interesting and have depth. Both Rila Fukushima and Tao Okamoto do good jobs as Jackman’s sidekick and love interest, respectively, and they help their lead carry the film through much of its confusing story.

The Wolverine suffers when it comes to its antagonists. Svetlana Khodchenkova as Viper is distractingly awful in every scene in which she stars. Her character is poorly drawn, her lines are bad, and she recites them badly as well. Also, there isn’t much overarching villainy until the main antagonist is revealed at the end. It’s mostly Jackman, Fukushima, and Okamoto fighting a bunch of faceless henchmen for most of the movie. That might’ve been alright if for not how poorly the movie’s plot is communicated. The Wolverine’s odd choice to include multiple bad-guy organizations competing with each other comes across as confusing and needlessly complex. This movie was begging for a simpler, more effective plot that just wasn’t there. 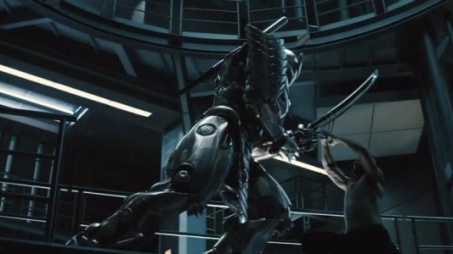 In light of that, The Wolverine still rides high on its action scenes and, of course, Jackman’s likable performance as everybody’s favorite X-Man. His arc is satisfying despite the inconsistencies with the plot and the villains. The hallucination scenes are well implemented and do much to illustrate the state of Jackman’s emotional health.

Altogether, The Wolverine is a fun, if uneven, action flick that’s sure to please fans of the comics and of the X-Men film series. Jackman’s latest adventure is lean, well paced, well grounded, and is highlighted by Jackman’s highbrow performance and some impressive action sequences. It’s a step in the right direction, if nothing else.

SUMMARY & RECOMMENDATION: Jackman shows he still has what it takes to unleash the beast within. The Wolverine is well paced, features excellent action sequences, and is bolstered by strong supporting performances from Fukushima and Okamoto.

— However… there are some issues with the villains, especially Viper, and the lack of a well defined, threatening bad guy hurts the film for much of its running time. The story is confusing.

? That scene after the credits — what the hell?