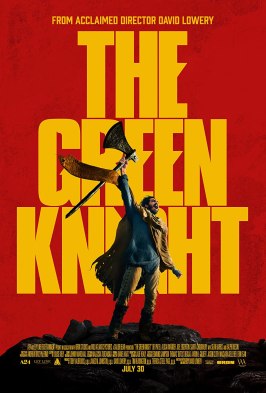 My knowledge of Arthurian legend is suspect at best. Since I was a young child, I became acquainted with various historical retellings and popular culture revisions of numerous Arthurian stories, from miscellaneous written fiction works my parents recommended to animated features like Wolfgang Reitherman’s The Sword in the Stone (1963) for Walt Disney (see also his work on One Hundred and One Dalmatians [1961] and The Fox and the Hound [1981]) and Frederik Du Chau’s Quest for Camelot (1998) for Warner Bros. The modern portrayal of the legendary Romano-British monarch has always felt so vague to me, like little more than the basic stock elements, tropes, and clichés of general fantasy storytelling a la J. R. R. Tolkein’s work. Case in point is the 1996 fantasy movie, Dragonheart, directed by the man who would later helm the first Fast and the Furious (2001) installment, Rob Cohen, which weaves Arthurian myth into its diegetic background so casually I always forget that movie takes place in the same universe as the Knights of the Round Table until Sean Connery explicitly mentions the connection in the second act.

Dev Patel stars as Gawain, nephew to King Arthur and one who must prove his valor before knighthood.

Compared to the likes of Dragonheart or Quest for Camelot, David Lowery’s The Green Knight deviates from the throwaway references, broad thematic analyses, and oblique diegetic relationships to Arthur’s legendarium of most contemporary fantasy through its direct adaptation of one of the more famous Arthurian poems, Sir Gawain and the Green Knight (~late 14th century). I, myself, knew little of this particular tale beyond a major plot-point involving a beheading game and the presence of a knight that was, well, colored green in some way, but Lowery’s auteur credentials peaked my interest far beyond its throwback source material. The writer-director’s work on A Ghost Story (2017) and The Old Man and the Gun (2018) challenged my preconceptions of narrative formulas often manipulated into awards’ bait, so his latest cerebral take on classical fantasy with lead Dev Patel, a longtime favorite of mine, caught my attention.

The most noticeable attributes of The Green Knight are its impressive production values. Its opening dolly toward Patel sitting on a throne demonstrates not only mood and presence, but notable lighting setups and pyrotechnics. FX, both practical and computer generated (CG), percolate throughout the narrative in ways that enhance rather than distract from Andre Droz Palermo’s cinematography. The titular knight himself, portrayed by the tall, baritone-voiced Ralph Ineson, looks wonderful as a figure both primordial and imposing in his unforgettable makeup. Most striking of all may be Lowery’s use of the Irish location-photography both outdoors and within real-life castles, where The Green Knight’s harsh shadows, piercing sunlight, and real-time weather capture establish a period mood that recalls Alejandro Iñárritu’s The Revenant (2015). The lone special effect that doesn’t work is an obvious CG fox that serves as an animal companion to Patel in the second and third acts.

In terms of performances, this is Patel’s movie, though he’s aided by a plethora of veteran actors that bolster his performance and his character’s development. I’ve followed the man since his feature debut in Slumdog Millionaire (2008), and I’m pleased his range has expanded in the years since; Patel shows both emotional gravitas and relatable vulnerability throughout The Green Knight as he embarks on the narrative’s formulaic yet reliable hero’s journey. His arc from beginning to end is the second best thing about this film, behind Lowery’s overall visuals, mood, and use of Palermo’s photography.

Least impressive in The Green Knight is Lowery’s screenplay and feature-length editing. According to Vanity Fair, the writer-director spent half a year restructuring the film after its planned debut at the cancelled 2020 South by Southwest Film Festival, stating he was unhappy with previous cuts, and that indecision shows in the final edit. I loved the ending, but most everything else that occurs in the second and third acts feels too slow, plodding, and, well, literary, lacking clear narrative cause-and-effect or forward momentum. Regardless of how revisionist or not this 2021 adaptation of the Arthurian poem is interpreted, most of the story’s latter half meanders with little urgency and dilutes the thematic importance of characters played by Joel Edgerton and Alicia Vikander in particular. I don’t mind a slow pace, but I do mind overindulgence in superfluous detail.

With all that in mind, I’m torn on whether to recommend The Green Knight to those who aren’t scholars in Arthurian lore or lovers of dramatic fantasy with no battle sequences. David Lowery’s latest feature boasts plenty of eye candy and looks well above its modest $15 million budget, but its 130-minute length contains so much filler in its final hour I lost interest during multiple elongated scenes. This is a shame because The Green Knight, like Alejandro Iñárritu’s The Revenant, is a beautiful film whose cinematography, diverse FX, and production location define its mood and hero’s journey in contrast to so many CGI-laden high-concept blockbusters. In terms of direction, The Green Knight is full of personality thanks to both Lowery’s vision and star Dev Patel’s relatable, well developed protagonist, but in terms of its overall editing rhythm and script, it’s as inconsistent as any film in recent memory.

SUMMARY & RECOMMENDATION: Easy on the eyes and full of humanity (i.e. solid characters, character arcs, performances, etc.), The Green Knight is neither a stodgy, talky, dull Oscar-bait drama nor a preachy, manipulative indie drama. Its FX are cinematic and Dev Patel provides one of the more nuanced fantasy performances of the past decade.

— However… The Green Knight struggles to maintain a sensible pace in its second and third acts, wasting several guest performances and much of the narrative goodwill established in the first act in the process. That CGI fox needed more work or needed to go.

? Was this beheading game ever played in real life, or is it a mythical invention?