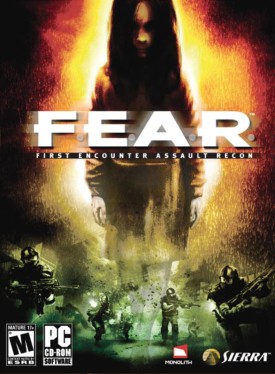 One of the reasons Halo: Combat Evolved (2001) was such a watershed moment in gaming was how it changed the landscape of interactive entertainment’s marquee genre, the first-person shooter. Not only did it “democratize” or break out that videogame genre into the console mainstream through Microsoft’s Xbox, it also epitomized the shift in shooters from hardcore, specialized gaming experiences to more universally accessible, narrative-driven arcade platforms that emphasized social fraternization over gameplay difficulty.

This trend of accessible shooters with high story production-values has continued to this day, most notably on mainstream consoles from Microsoft to Sony to Nintendo, but even PC releases have the felt this stylistic shift, most infamously in the Crysis (2007, 2011, 2013) series. However, there have been responses to this decade-plus shift in FPS-gaming, none more notable than 2016’s Doom, which scoffed at the importance of narrative immersion, cover mechanics, and regenerating health by incentivizing extreme aggression, versatile arena-combat, and emphasizing interactive self-awareness.

Somewhere in between these two extremes exists F.E.A.R. (First Encounter Assault Recon, henceforth Fear, 2005). Released just before the Xbox 360 and the 7th generation of game consoles in October of 2005, this unique shooter utilizes the distinct tone and visual iconography of Japanese horror cinema as a narrative driver, yet retains the hardcore emphasis on specialized game mechanics of classic PC-shooters. It is uninterested in complicated plot dynamics, character development, or extensive mythological lore, yet at the same time, remains immortalized for its cinematic visuals and minimal, yet memorable, divulges into horror cliches.

Fear remains an impeccable shooter experience, whose gameplay mechanics hold up to this day. Its non-player character (NPC) artificial intelligence (AI) was groundbreaking at the time, and is what keeps its gory, violent gameplay fresh. Enemy AI is dynamic, utilizing architecture known as Goal Oriented Action Planning that plays out in real-time, which is a technical way of saying AI’s react differently to each novel encounter and each repeated playthrough. Enemies work as a team, lay down suppressing fire, react fluidly to changes in cover structure (or create their own), and execute ambushes.

Fear’s base gameplay and enemy AI are so diligent that the player is required to be on their toes at all times, to react to enemy routines quickly, and utilize everything from dynamic cover to powerful hand-to-hand melee techniques. As a consequence, the game’s slow-motion bullet-time rendition, “reflex-time,” isn’t a gimmick, but rather a foundational necessity. Fear’s use of bullet-time is some of gaming’s most notable outside of the Max Payne trilogy (2001, 2003, 2012), and highlights the game’s beautiful particle FX, physics engine, and extreme gore.

This combination of stylized, John Woo-esque shoot-em-up action with advanced interactive AI juxtaposes with the game’s stark vanilla scenery and rather basic, repetitive level-design. On the one hand, these battle arenas are terribly derivative, unimaginative, and dull, and they rarely change aesthetic design throughout the entire game. There is little about Fear’s overall level-design that is visually interesting. That being said, its combat is beautiful and dynamic in large part because its level-design plays second fiddle to its principle gameplay. Due to the game’s sparse environmental detail, enemy AI execute their fluid battle strategy uninhibited, and both fast-paced action and slow-motion bullet-time FX heighten otherwise forgettable environmental design. Much of Fear operates like the lobby shootout of The Matrix (1999), in that it specializes in extraordinary, beautifully detailed combat against plain, ordinary, white-collar office backgrounds. This combat is made possible, and in some respects, heightened, by its contrast with such residential scenery.

As for the game’s horror elements, they act as a subversion of Fear’s primary action gameplay. Most of the campaign requires attention to environmental detail, fast-paced movement of enemies, reactions against outnumbering opponents, and ambush tactics. A player who is caught off-guard is doomed. Therefore, once a player rounds a corner only to see a the silhouette of a small child race into the shadows, or suddenly sinks through the floor and descends into a psychedelic pool of blood, these surprises are genuinely unnerving. The player’s competency in combat against tangible opponents in the physical world becomes subverted by their virtual powerlessness in the supernatural, or ghost world.

This gif’s resolution is lacking, but you can appreciate Fear’s glorious particle FX in reflex-time.

Much of Fear’s namesake centers around these surprises and subversions through memorable horror imagery. These horror elements are carefully paced throughout the campaign in small doses, but are precise and powerful because of their relationship to the game’s high-octane combat. By the end, these horror touches build into full-blown terror sequences, with the player racing to escape their prison-like facility while gunning down ghouls who have finally crossed from the spirit realm to the game’s physical one. Fear’s premise could be summarized as a military industrial riff on the X-Files (1993-2002, 2016), but its amazing combat system and implementation of an otherwise hokey setup distinguishes itself from so many modern, narrative-driven shooters who take themselves and their comical stories so deathly seriously. What narrative revelations and aesthetic touches exist within Fear are few and far between, but their execution is terrific, and made that much more effective by its intense, dynamic combat.

Fear is a game that focuses on the replay-value of its violence, which is based on its efficient, if simplistic level-design, which together accentuate its overall horror tone. In between the extremes of modern shooters that make you feel like a plodding, handicapped survivor, and old-school throwback shooters like Doom (2016) that make you feel like a cartoonish badass, Fear allows gamers to play as a decidedly non-cartoonish badass, but whose powers are also subverted through reliable Japanese horror tropes. It is a potent and unforgettable middle-ground.

Noticeable Weaknesses: F.E.A.R. utilizes its plain level-design well, but the fact remains that its endless corridors, office spaces, and generic warehouses are the height of vanilla scenery.

? You have nothing to fear but F.E.A.R. itself!