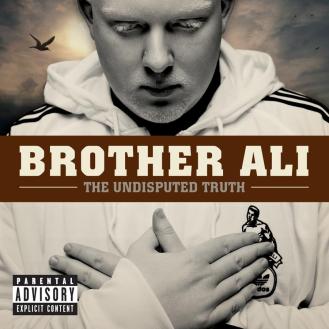 If you know me at all, you know that my patience for modern mainstream hip hop is paper thin. In short, I can’t stand it. It makes me want to puke on most occasions. Even artists that I once was partial to, such as Jay-Z (shout outs to Reasonable Doubt [1996] and The Blueprint [2001]) have grown to annoy me in this day and age of excessive glamour and bubblegum pop star collaborations. My Beautiful Dark Twisted Fantasy (2010)? Poor rhymes and overplayed. Watch the Throne (2011)? Tiresome, lazily produced, obnoxiously arrogant, and overplayed. Yeezus (2013)? Terrible production, boring rhymes and shockingly overrated by dumbass critics. Magna Carta…  Holy Grail (2013)? Well… let’s just say that it’s not exactly the holy grail of hip hop albums of late. And remember, that’s just the “cream of the crop” of mainstream hip hop in the 2000’s and 2010’s. For the most part, any hip hop produced by a major record label and receiving frequent airplay on the radio is total crap. Is that snobbery? You’re Goddamned right it is. But it’s correct, spot-on snobbery.

Not long after I discovered how bad the state of modern mainstream hip hop is, I went looking for the good stuff, because as awesome as old-school greats like 2pac, Biggie, Dr. Dre, and Nas are, you still need some fresh, young rapping blood to, at the very least, supplement your hip hop base. I’ve been on the Roots-train for a good long time since my high school days, but quite frankly, I needed more.

I stumbled onto Brother Ali several years ago through some friends at Macalester College in St. Paul, Minnesota (Brother Ali’s home base) in 2009, however, I never gave the man much of a chance until lately. Maybe it was because I didn’t quite know what to do with the albino Muslim-American Midwesterner, but should I have, especially since I am a fellow Midwesterner, and hip hop hasn’t seen much fame and glamour in the central United States other than Common. Mostly, it’s a genre that’s been relegated between the urban centers of New York and Los Angelos, with the Roots being a unique aberration being from Philadelphia. Well, the Brother brings a welcome Midwestern albino Muslim-American injection of fresh adrenaline to the hip hop game with The Undisputed Truth (TUT), my first official introduction to Ali’s talents.

TUT is, simply put, a breath of fresh air in this mainstream musical wasteland we call the modern rap “hits.” Brother Ali’s third studio effort has everything that most everybody in the Hit radio stations lack: Expert production, heartfelt, genuine emotion and honest lyrical content, and skilled rhymes. It’s got variety and power in its beats and lyrics, and it’s great fun to listen to whether you’re chilling in your car or pumping iron at the gym. It’s not a homerun, by any means, but it’s a solid and accomplished effort from an established veteran in the underground hip hop game of today’s world.

Probably the thing that most sets TUT apart from everything in the mainstream realm is its production values. Shockingly (or perhaps not), the big studio money that big time artists like West and Jay-Z are absolutely drowning in does not automatically guarantee quality beats or song cohesion. Almost every beat in TUT is well constructed and serves as a powerful compliment to Ali’s lyrics. Along with nearly every one, you can bop your head and feel the drum beats coursing through your veins. None of the beats are mindless electronic noise like on most modern records, nor do they separate themselves from the rhymes. Every instrumental element is perfectly crafted to fit with each intro, verse, chorus, and outro.

As for Ali’s lyrical prowess, it too is considerable. The man is more than comfortable commanding the spotlight for the entire album. There are no pointless skits are silly collaborations with other rappers or pop stars here. Everything you hear is Ali and Ali alone. His flow is great, easily coalescing with the instrumental beats and staying strong from the beginning to the end of each track. The lyrical content is honest and tells interesting stories of Ali’s personal history in some tracks, while also getting quite sociopolitical in others, including the lead single of the record, the fantastic “Uncle Sam Goddamn.” The lyrical stories are as deep and varied as the production values, and both come together to create great tracks.

The album’s main weakness is that it isn’t put together and doesn’t flows like a singular, well thought out project like Illmatic (1994) or The Downward Spiral (1994), and that it has several songs of lackluster quality. These underwhelming tracks aren’t terribly annoying, but they do feel boring. In the end, however, it’s the fact that TUT is not paced or structured like an intricately spaced concept album, or an album with a single, well defined theme, like many of U2’s earlier records. TUT feels like a collection of singles put together in the same packaging.

However, that shouldn’t keep you from enjoying a great collection of hip hop songs like this. TUT really is a good breath of fresh air in this stale atmosphere of bland Top 40 hip hop singles. It easily stands head and shoulders above anything that gets significant airplay nowadays, so if you’ve been yearning for some good ol’ fashioned rap and great beats, and need to get away from the infamous Billboard, here’s your ticket out of there.

? Thanks, Mac. Thanks Minnesota brothers.