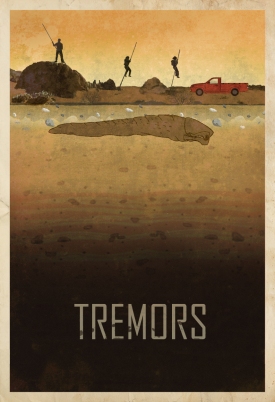 Every once and a while, we stumble upon a movie so likable and fun we struggle to recall anything negative about it. These films are seldom mentioned in a Sight and Sound list, but they tend to be universally appealing, versatile pictures whose broad attraction is based not in shallow pandering but rather a memorable commitment to something novel. Some examples of these unforgettable, quirky classics are older films like Ghostbusters (1984), Robocop (1987), Die Hard (1988), and more recent releases like 2015’s Krampus or this year’s Deadpool (2016).

The reasons these films stand out are (1) because they are well executed cinematic stories in their own right, and (2, more importantly), they are stylistically distinct from their cinematic peers, in that they strove to something different. Never before or since has a film melded the paranormal and the comedic the way Ivan Reitman’s Ghostbusters did, nor has a social satire sported such outrageous ultraviolence and gore like Paul Verhoeven’s Robocop. Die Hard represents arguably the best of the 1980s action canon (Predator [1987], another film by John McTiernan, being its only notable rival) for its stark attention to human characters and its all-American, relatable lead, Bruce Willis’ John McClain. Krampus was a scary yet accessible throwback to holiday horror films like Silent Night, Deadly Night (1984) and Gremlins (1984), an anomaly in today’s horror climate, while Deadpool turned the entire superhero-blockbuster industry on its head with its irreverent, vulgar humor and unapologetic, bloodthirsty mayhem.

From maximum penetration to maximum preparedness, all plans must have a backup when the inventive worms turn the tables on their ever frustrated human prey.

Films such as these are the equivalent of that weirdo high-school classmate who went his own route, sang her own tune, and somehow won everybody’s respect for being their own lone wolf. Films like these are the cinematic role models of us outcast nerds and socially ostracized geeks, movies that, at least in outward appearance, did everything different yet also did everything right. Perhaps no franchise represents this archetype better than the Tremors series. While it dallied in a short-lived, indecisive television show on the SyFy channel (circa 2003) and was dragged out of retirement for one last shot at embarrassment in 2015, the original four creature-films represent the height of horror comedy and modern riffs of classic, campy monster-movies. They are rich in homage to the many weird science-fiction movies from which they are descended, yet forged a unique cinematic identity through their brilliant execution. There’s simply nothing else like them.

What’s amazing about Tremors is how each of these four films is basically the same movie, yet different enough and so well executed to each be entertaining and memorable in their own right. Much of this has to do with old-fashioned solid screenwriting, meaning that each film dedicates time to establishing distinct character personalities, motivations, and arcs. Each film takes advantage of diverse character relationships, teaming up jaded handymen with a geology grad student and sleepy small-towners (the 1990 original), pairing a jaded Ostrich-farmer with a Taxi-driving couch potato (the 1996 sequel), teaming a jaded gun-nut/survival enthusiast with a sleazy adventure tour-guide and a particularly business-savvy convenience store owner (the 2001 sequel), and finally, nailing a Western-inverse of the original in the 2004 prequel.

Tremors‘ antagonists, the graboids, shriekers, and ass-blasters (those aren’t typos), aren’t as important to the series as one might think, given how much each story focuses on its characters and how increasingly cheap their effects become by the end of the series. That being said, these monsters act as serviceable plot devices, which trap our heroes in ridiculous, bizarre life-or-death scenarios where our main characters must think their way out. The running gag throughout the franchise is how futile these characters’ preparations are for every monster encounter, how in each film the characters attempt to outgun or exterminate their foes before the monsters’ mutate (metamorphose?) into something entirely different, forcing our heroes to, yet again, out-think (rather than out-muscle or outrun) their predators. In a way, this reliable narrative structure is reminiscent of the formulas behind the successful James Bond and Indiana Jones series.

No character personifies this gag better than series’ staple Burt Gummer, played with endless resolve and commitment by Michel Gross. Though Gross’ original claim to fame was his portrayal of a liberal Baby Boomer-parent on Family Ties (1982-1989), his unforgettable turn as the conservative, government-fearing, gun-touting, paranoid survivalist may be his shining achievement. Burt Gummer didn’t officially take over as the series’ lead until its third iteration, but he’s the common human thread throughout the entire franchise and boasts arguably the most memorable moment in the original film, the basement-shootout with a graboid, alongside costar Reba McEntire.

Doing what I can with what I got.

Topping off all this goodness is the series’ near-perfect genre-blending and tone. Like its formula-busting cohorts from the 1980s, mentioned above, as well as its campy 1950s monster-movie ancestors, Tremors nails its tonal blend of western, horror, and science-fiction filmmaking. Scenes flow from scary to funny to weird to action-packed, and then back again, all the while set to a southwestern desert backdrop and rip-roaring country music. Come to think of it, Tremors may be the best westerns or western-bred films, other than perhaps Clint Eastwood’s Unforgiven (1992), of the last thirty years.

Altogether, Tremors combines the best aspects of 1980s dry humor, 1950s creature effects, and even some modern day, self-aware political commentary, to great effect. Though the monsters themselves are a tad one-note, they serve as an oddball premise for an unforgettable series of wacky adventures filled with humor, scares, action, and most of all, fun, likable characters. Tremors gets just about everything right.

SUMMARY & RECOMMENDATION: Tremors is essentially a 1980s/1990s-era Jaws (1975), an intelligent, well crafted monster-movie franchise with a human face, but with the added benefit of subversive deadpan humor and inventive genre-blending. It’ll please just about anyone, even those with little to no interest in science-fiction, horror, or westerns.

— However… its monster-FX are no more inventive than their impact on the story, which is often a MacGuffin at best. The digital effects in the first and second sequels look terrible.

—> The Tremors franchise, or at least these four movies, collectively, receive MY HIGHEST RECOMMENDATION and then some. They’re just wonderful.

? A lifetime of preparation, and I end up a refugee?!